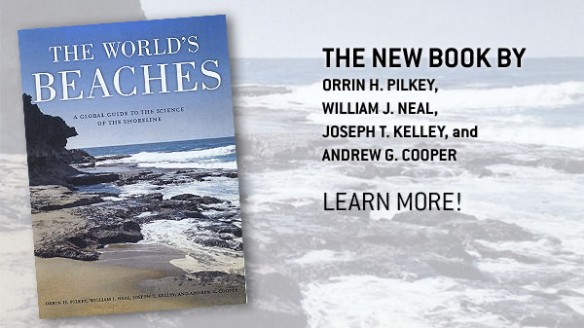 Shorelines, Sandy or Otherwise, That May Not Last 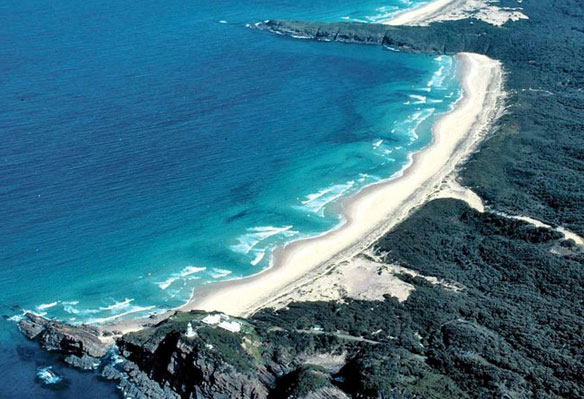 If sea levels rise just a few feet, New South Wales would lose this sliver of beach. © Caption and photograph from The World’s Beaches

If you like a day at the beach, and who does not?, you can find lots of books that will enhance your experience by telling you about the birds, the fish, the plants and even the bugs you will encounter there.

But what about the beach itself?

What is it made of? (The answer is not always “sand.”) How did it form? How does it change? Can it be preserved? Unless you want to pack your beach bag with a geology text or a manual of coastal engineering, your options for answering these questions are not so good. Four coastal scientists, three from the United States and one from Northern Ireland, have come to the aid of the beach curious with “The World’s Beaches: A Global Guide to the Science of the Shoreline,” a comprehensive, readable guide to the physical features of many kinds of beaches and some of the threats they face.

A beach, simply, is the end product of sediment (sand or gravel or even pebbles or cobbles), wave energy to move it around and a place where it can accumulate. But beaches, as one might expect, are far from simple. In a section called “How to Read a Beach,” we learn why sand, for example, accumulates in particular ways, how ripple action turns some flat stretches of sand into corrugations, the way swash and backwash shape the beach slope, how even a few strands of sea oats can trap enough sand to start building a dune and why foam piles up at the high water line.

The explanations are accompanied by photographs — too small, but beautiful — and clear graphical illustrations. Though the authors occasionally lapse into jargon (their barnacles cling to “substrate” until the animals die and their six-plate shells “become disarticulated”), on the whole, their writing is plain and clear. For the times when it is not, the book comes with a helpful glossary.

Unfortunately, the future holds many threats to the world’s beaches, the worst from human activity, intentional and accidental. People “groom” beaches with rakes or even tractors, destroying the homes and food supplies of tiny crabs, sea birds and other animals that rely on beach habitat. Pollution — everything from giant oil spills to shorefront septic tanks — mars many beaches. But those problems are minor compared with sea level rise, induced by global warming, and the efforts people make to fight its effects.

If experts are correct and seas rise by two or even three feet by the end of the century, they write, cities like Miami, New Orleans, Rio de Janeiro, Venice, Lagos, Tel Aviv and places like the Gold Coast on Australia’s eastern coast will suffer significant, chronic flooding. Island nations already feeling the effects of rising water may literally disappear.

Around the world people eager to protect valuable hotels, condos and other infrastructure respond to the threat of rising seas by building concrete walls or rock revetments. When rising water reaches this armor, as it inevitably does, the beach is drowned. 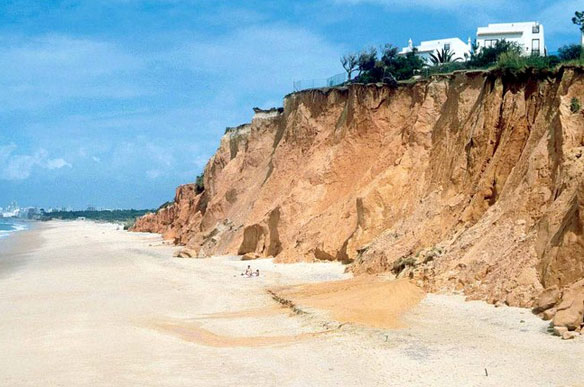 A red sandstone cliff in southern Portugal (with a resort on top) would be easily erodible and prone to collapse if sea levels were to rise. © Caption and photograph from The World’s Beaches

Two of the authors’ many examples are Waikiki, Hawaii, where skyscraper hotels march right up to the shoreline (and where one hotel, its beach lost to armor, built what is, in effect, a giant, elevated sandbox for its guests), and Cannes, France, where the beach is so narrow that sun-worshippers pile up practically on top of one another other in arrays of rented chairs.

Pumping sand onto eroding beaches can also preserve beachfront buildings from destruction but, as the authors note, it comes at huge cost — environmental and financial.

Beaches that are unfettered by human infrastructure do not disappear when sea level rises. They simply move inland. When sand on a barrier island is washed into the lagoon behind it, or when the base of a beachfront cliff erodes and the bluff slumps down to the water’s edge, the beach, is, in effect, moving to higher ground inland.

But, the authors conclude, unless society chooses beaches over buildings the result will be a world in which parks like the National Seashores retain natural beaches, but beach resorts elsewhere are “heavily walled and beachless.” Rising seas will make sand-pumping operations “untenable,” they predict, and tourists will amuse themselves by “promenading on top of a seawall”, already the principal activity in too many coastal resorts.

If they are right, by then the beaches this book describes will be a nostalgic memory.

The World’s Beaches: A Global Guide To The Science Of The Shoreline
A Book by Orrin H. Pilkey, William J. Neal, James Andrew Graham Cooper And Joseph T. Kelley.

” Beaches are the most dynamic features on Earth, constantly changing shape and providing vital ecological functions and a home to environments of amazing biodiversity. Understanding the importance of the beach’s role vis-a-vis the land, the nearshore and the ocean and its biodiversity is crucial to its protection and preservation.”
– Santa Aguila Foundation

“Take this book to the beach; it will open up a whole new world…”