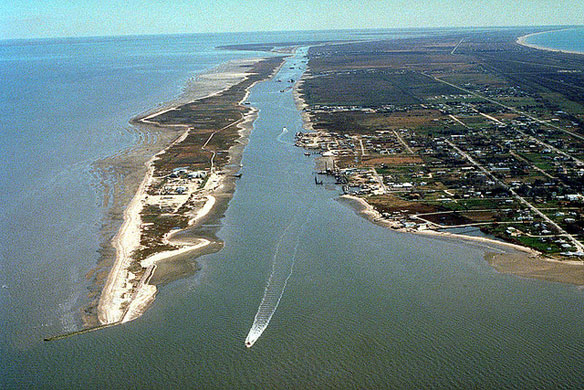 To protect Houston and Galveston from future hurricanes, a Rice University-led team of experts recommends building a floodgate across the Houston Ship Channel adding new levees to protect densely populated areas on Galveston Island and the developed west side of Galveston Bay… 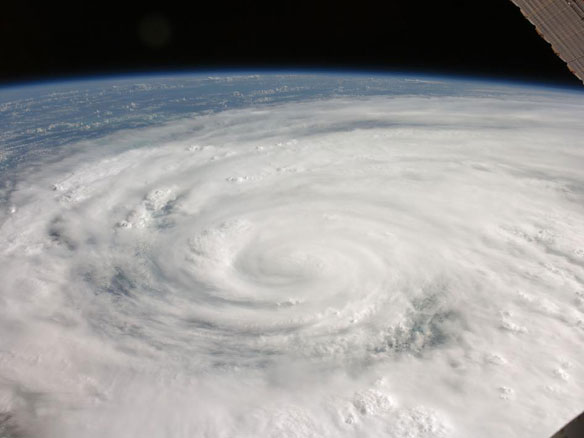 Hurricane Ike came ashore in Texas at 2:10 a.m. CDT, Sept. 13, 2008, and brought a wall of water over 20 feet high, sweeping through Galveston Island, and on the mainland. The storm made landfall with sustained winds near 110 mph, just 1 mph short of a Category 3 hurricane. Ike’s storm surge denuded the inundated areas leaving almost no ground vegetation behind. Caption and Photo source: NASA

Rice University’s Severe Storm Prediction, Education and Evacuation from Disasters, SSPEED Center Phase I Report,”Learning the Lessons of Hurricane Ike: Preparing for the Next Big One”