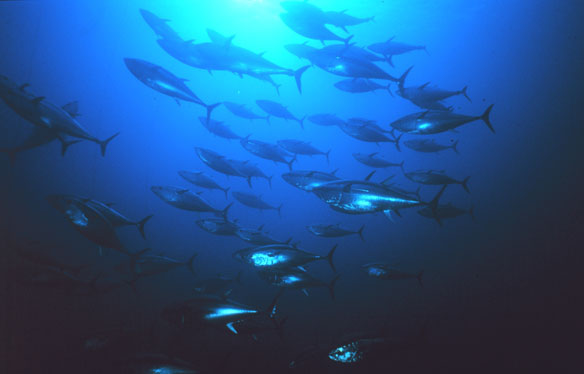 “The Fukushima Dai-ichi release of radionuclides into ocean waters caused significant local and global concern regarding the spread of radioactive material.

Radioactive bluefin tuna crossed the Pacific to US, AP
Across the vast Pacific, the mighty bluefin tuna carried radioactive contamination that leaked from Japan’s crippled nuclear plant to the shores of the United States 6,000 miles away, the first time a huge migrating fish has been shown to carry radioactivity such a distance…