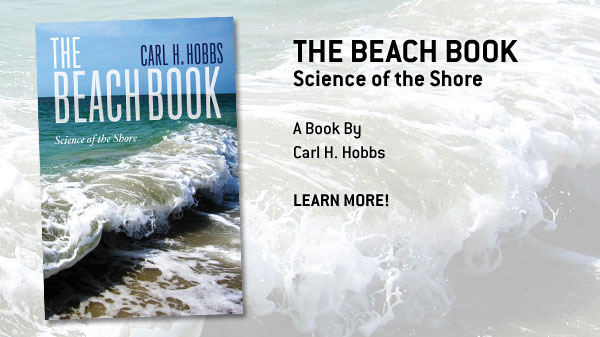 The Beach Book: Science of the Shore

The Beach Book: Science of the Shore

Waves and tides, wind and storms, sea-level rise and shore erosion: these are the forces that shape our beaches, and beach lovers of all stripes can benefit from learning more about how these coastal processes work. With animation and clarity, The Beach Book tells sunbathers why beaches widen and narrow, and helps boaters and anglers understand why tidal inlets migrate. 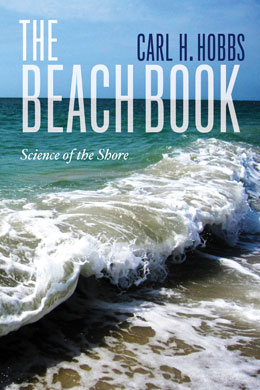 It gives home buyers insight into erosion rates and provides natural-resource managers and interested citizens with rich information on beach nourishment and coastal-zone development. And for all of us concerned about the long-term health of our beaches, it outlines the latest scientific information on sea-level rise and introduces ways to combat not only the erosion of beaches but also the decline of other coastal habitats.

The more we learn about coastline formation and maintenance, Carl Hobbs argues, the better we can appreciate and cultivate our shores. Informed by the latest research and infused with a passion for its subject, The Beach Book provides a wide-ranging introduction to the shore, and all of us who love the beach and its associated environments will find it timely and useful.

About the author:
Carl H. Hobbs is a professor of marine science at Virginia Institute of Marine Science at the College of William & Mary. His research interests include coastal geology and processes, the geologic history of the Chesapeake Bay and the surrounding region, marine archaeology, and the environmental consequences of marine sand mining and beach nourishment. Additionally, with colleagues from the Center for Archaeological Research and the Department of Geology at William & Mary, he has investigated physical changes to Jamestown Island that have occurred since the beginning of the Holocene, when humans first inhabited the region.

Author of The Beach Book: Science of the Shore

In the following interview Carl Hobbs, author of The Beach Book: Science of the Shore, answers questions such as How many grains of sand are there on the beach? How will climate change affect beaches? Can beaches be “renourished”? and What explains the difference in sand color?

Question: Why did you write The Beach Book: Science of the Shore?

A: Where does sand come from? Every grain of sand on the beach was eroded from somewhere and moved to the shore. The erosion can be the result of the fragmentation of larger rocks caused by water freezing and expanding, by abrasion as small pieces break off a larger piece, or by the slow chemical weathering of more soluble minerals of a rock so that the more resistant sand grains are released.

Q:When I go to the beach in the spring, there isn’t much sand and it is narrow but when I return later in the summer, there is a lot of sand and the beach is wide. What happens?

A: Assuming that we’re just dealing with natural processes, that the beach had not been artificially “nourished” with sand from elsewhere, you’re seeing the normal cycle of beach growth. The low waves that occur between storms interact with the bottom in a way that moves sand toward the shore. The process builds a sand bar that parallels the shore and moves toward it. If there are no storms, the bar or ridge reaches and climbs up the front of the beach making it wider. Depending on local circumstances, this can take place in a few days, or it might take a couple of weeks, and it can happen over and over again making the beach even wider.

However the waves that accompany a storm such as a nor’easter have enough energy to rip sand from the beach and move it both along the shoreline and off shore. In a few hours a strong storm can erode a lot of sand. This is especially true if the storm occurs around the time of high tide. As soon as the storm abates, the building process starts again.

Q: You mentioned beach nourishment. Does it work?

A: It depends. Putting a lot of sand on a beach can be a good way to maintain a beach in some locations and can be something that should be avoided in others. Moreover, artificial nourishment is not a one-time fix and since it is being used to restore a beach that has lost sand through time, it stands to reason that the new sand will erode as well. One problem is the difficulty of estimating how long it will be until the area needs to be renourished. If the beach is hit by a hurricane, all of the just-placed sand might be lost over a short time. But if the area escapes severe storms for a few years, the nourishment might last five or ten years.

Q: What are other factors in determining renourishment projects?

A: There is also the question of economics: does the beach economy bring in enough money to justify the expense of the nourishment project? There probably is not an economic justification for nourishing a beach in an undeveloped, natural area, but maintaining the beach in front of the boardwalk of a developed tourist destination might be a necessity. Without a full, attractive beach, tourists are less likely to visit and the hotels, restaurants, t-shirt shops, and other businesses would lose business and the local economy would lose jobs and tax revenues.

Q: I’ve heard that nourishment projects can use huge amounts of sand – tens or hundreds of thousands of cubic yards or more. This begs the question: how many grains of sand are there in a beach?

A: A lot. Let’s start small and move up from there. If we take ball bearings that are 1 mm in diameter, the size of coarse sand, and put them in a line, ten of them will extend 1 cm. So if we fill a square 1 cm on a side, it’ll take 100 of the grains to cover. And if we make that square 1 cm tall, a volume of a cubic centimeter or a milliliter, it will take 1,000 grains to fill it. And lining the grains up in straight lines is not an efficient way to pack them together. It takes a thousand of the centimeter cubes to fill a one liter bottle, a million grains!

A single cubic meter contains a million cubic centimeters (100 times 100 times 100). So would contain 512 billion grains. And a beach can easily contain hundreds of thousands of cubic yards of material. All in all, more grains than I want to count.

Q: At some beaches the sand is tan or almost white. At others there are patches of dark, nearly black, sand, and others are mostly dark. Why?

A: The mineralogy of the sand grains. The clean, white-tan sands consist mostly of the minerals quartz and feldspar. On the East Coast, south of Cape Hatteras, some of the light-colored sand comes from the shells of very small marine animals or sand-sized pieces of carbonate from offshore reefs or pulverized shells. The carbonate sands in Bermuda are known for their pinkish hue. The dark sands are what geologists call “heavy minerals.” The specific mineral depends upon what was available to the beach. In some parts of New England, the dark mineral is the purplish-red of garnet. In other areas magnetite – which, by the way you can collect it with a magnet –accumulates on the beach. Titanium is a component of some heavy minerals such as ilmenite. Many of the minerals associated with volcanoes are heavy and dark which explains the black sands of some of Hawaii’s beaches. In some places the minerals have economic value and the deposits have be collected (mined) for that reason.

Q: Why do some storms cause a lot of erosion while others barely seem to touch the beach?

A: Several factors work together to determine how much damage a storm will cause. Obviously the strength of the storm plays an important role. The frequency of storms makes a difference too. A single, small storm might cause a little erosion, but if other storms occur before the beach has had a chance to rebuild, the successive storms will do more and more damage. The relationship between the time the storm hits the shore and the tide is important too. A fast-moving storm that occurs during the time of low tide will have a diminished effect but a storm around the time of high tide or, will be more damaging. The high water that accompanies a storm, the storm surge, adds to the normal level of the tide. If the surge is at its peak during low tide, the water level might not be any higher than it would be at a normal high tide. But if the peak of the surge coincides with high tide, the elevated water level, in addition to flooding a large area, allows waves to reach farther inland where they can do more damage. A storm that lasts through two or more high tides will have more even more time to effect the shore.

The path of a storm such as a hurricane in relation to the shoreline is another factor. Storms that move parallel to the coast do not blast one area for a long time. But if the storm comes straight at the shore, the narrow zone ahead of and just to the right of the eye really gets slammed. This is what caused a lot of the anxiety last year as Hurricane Irene worked up the mid-Atlantic coast.

Q: If the elevated water level of a storm surge increases erosion, how about sea-level rise and climate change?

A: Sea-level rise is one result of climate change. Individual sections of the shore respond to the changes in the local sea level. In general, an increase in water level will contribute to shoreline erosion.

While there is an average, worldwide rate of sea-level rise, local subsidence or uplift can make a real differences. In some places where the land is rising, the local, or relative, sea level falls. But in areas of subsidence where the land is sinking, the rate of rise is faster than the average. There is subsidence from New Jersey south through North Carolina and in the Gulf Coast around the Mississippi Delta. If the rate of rise is not too fast, the beach will move landward, and will threaten or consume the shore-front houses and roads. Where there is a substantial sea wall, the beach will not be able to roll landward. When waves hit a sea wall, they erode the beach and this will happen more often as the high water level will bring the wave to the wall more frequently. With an even faster rate of rise, the barrier islands will flood from behind as well erode on the front and would be at risk of disappearing.

More broadly, from what I’ve read, climate change is like to cause hurricanes to be stronger but, perhaps, not more numerous. Stronger hurricanes coupled with higher sea level will lead to more erosion. We’re already seeing the range of some plants shift northward with the warming climate.