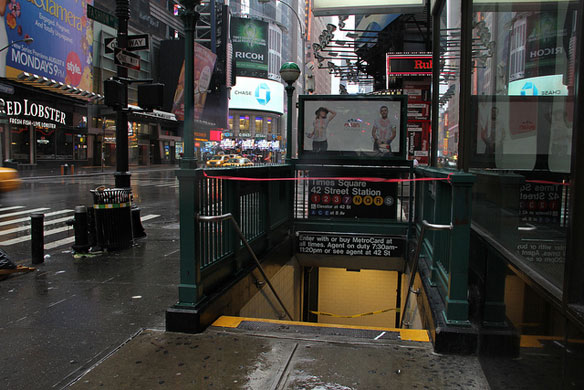 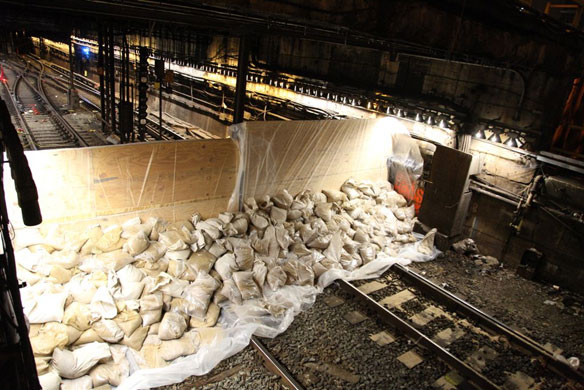 As Hurricane Sandy churned inland as a downgraded storm, residents up and down the battered mid-Atlantic region woke on Tuesday to lingering waters, darkened homes and the daunting task of cleaning up from once-in-a-generation storm surges and their devastating effects.

The storm was the most destructive in the 108-year history of New York’s subway system, said Joseph J. Lhota, the chairman of the Metropolitan Transportation Authority, in an early morning statement… 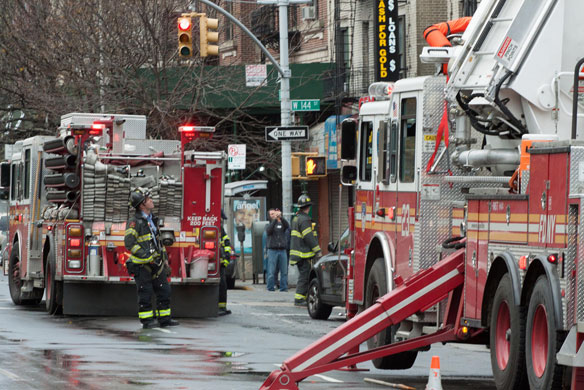 Hurricane Sandy in West Harlem: Building Damage 3525 Broadway. Hurricane Sandy is gone, now the clean up begins. My neighborhood weathered it well, a few downed tree limbs and a little flooding by the Hudson. The worst I saw in the area was 3525 Broadway where the wind had torn the building facade away at the roof. FDNY was working to strip away the debris early this morning. Captions and Photo source: ©© Dave Bledsoe