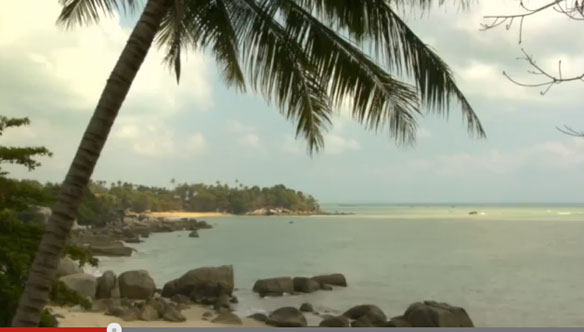 “The Tin Mines of Bangka Island”, Indonesia.
A Youtube Video, Uploaded November 23rd 2012, by: © Friends Of The Earth.
“Tin mining is taking its toll on the island’s coastline, damaging mangrove forests that help protect it from tropical storms and big waves.
Mining For Smartphones is a new three-part documentary series produced by Friends of the Earth. The films highlight the devastating impact of tin mining on the paradise islands of Bangka in Indonesia. Friends of the Earth is calling on major international mobile phone manufacturers to take responsibility for the local and wider environmental and social impacts of the materials used in their products. We want them to make their products better. And we need your help to make it happen.”—Friends Of The Earth.

“Friends Of The Earth” has found shocking evidence that mining tin that may end up in smartphones is destroying forests and farmland, choking coral reefs and devastating communities on Indonesia’s Bangka islands.

Tin is a vital component in all phones and electronic gadgets and almost a third of the world’s supply is from the islands and surrounding sea beds.

To help prevent problems like those in Bangka, our Make It Better campaign is calling for tough new laws to make sure phone manufacturers and other companies reveal the full social and environmental impacts of their supply chains….”

VIEW: Photo Gallery: Mining for mobiles, Devastation in Indonesia, © Friends Of The Earth.

© Friend Of The Earth, Original Report

The Deadly Tin Inside Your Smartphone, Bloomberg Business Week
” Swaying palms shade white beaches along Bangka coasts, but inland mining has wrecked the landscape. Vast patches of the island are stripped of their rubber trees, palm trees, and tropical grasses. In their place are thousands of craters punched into the tan and red sand, as if meteors had showered down from the heavens.
In recent years about one-third of all the tin mined in the world has come from Bangka, its sister island Belitung to the east, and the seabeds off the islands’shores. Because almost half of all tin is turned into solder for the electronics industry, a dominant force in the global tin market today is tablets and smartphones bought by consumers in the U.S. and elsewhere…” 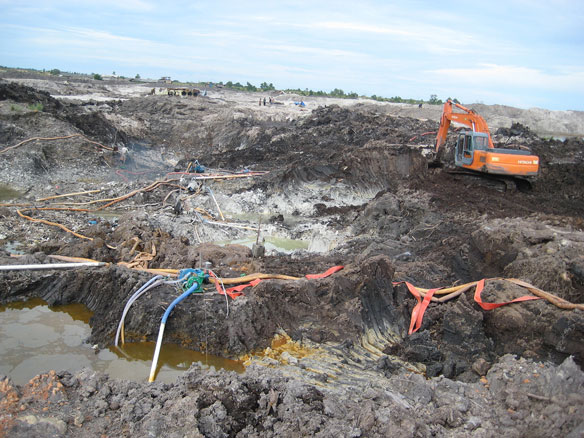