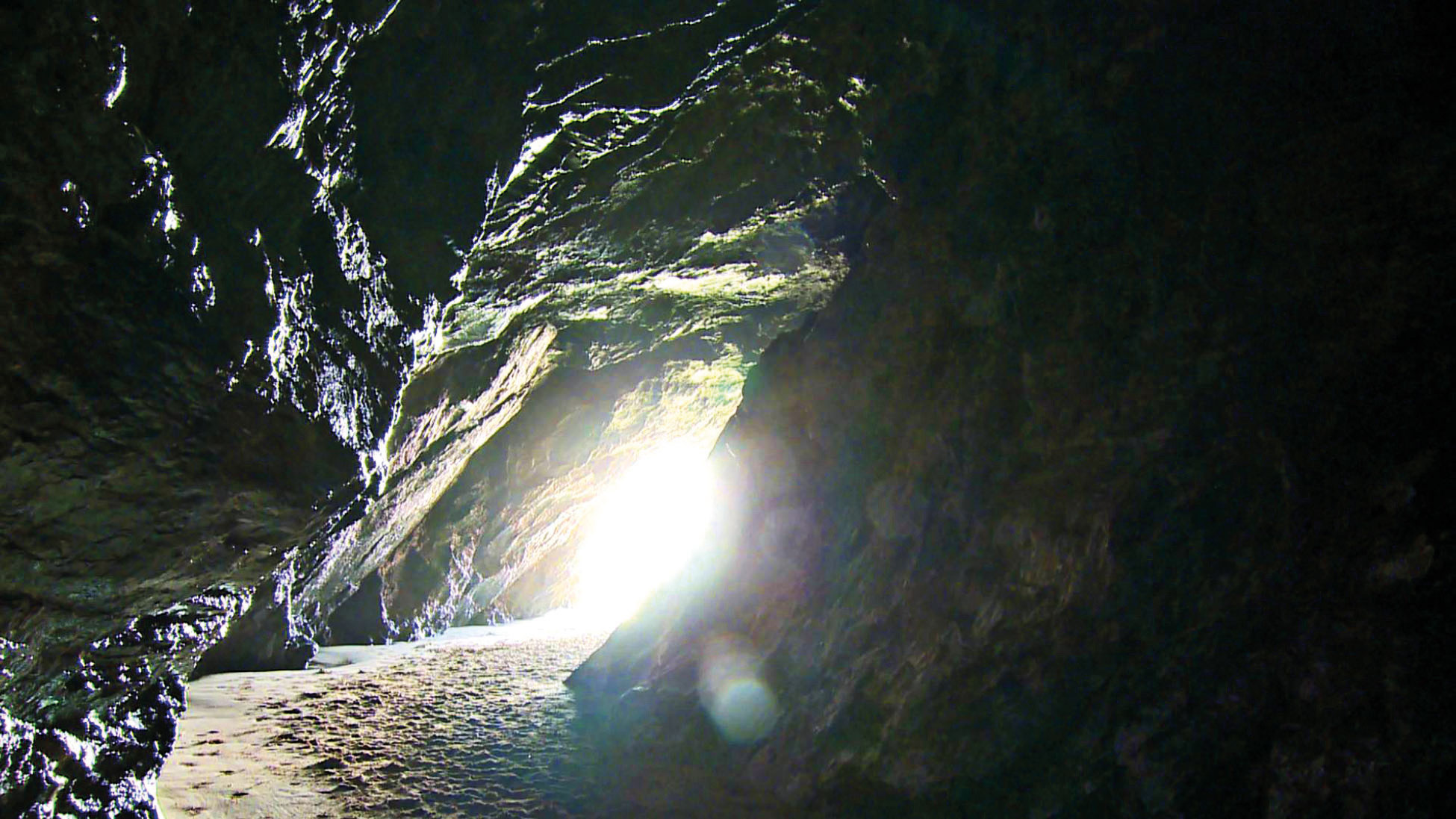 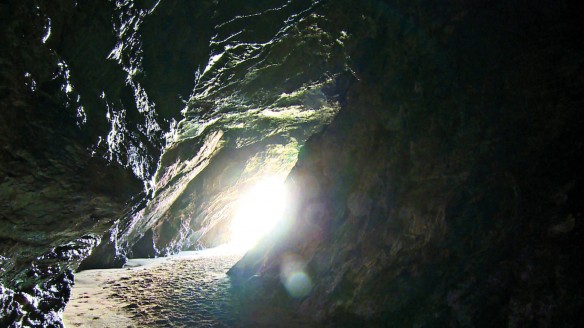 “Like a hieroglyph, a rebus is a precursor to the development of the alphabet and the contemporary world.

Alluding to a primordial, reciprocal and senses-based form of perception, this rebus combines voice, water and rock to reflect on human and geologic time.

This image was taken at low tide in a primordial sea cave at Holywell Bay, Cornwall, England 2011. Like Lourdes in France, legend has it that the cave has drawn pilgrims from near and far for many centuries, serving as a baptismal well used for healing sick and injured children.

This geological wonder is a natural shrine formed over millions of years by the constant dripping of water through the weak local slate, forming stalactite structures amidst the many colourful layers of sediment and stone.

The cave is cleansed daily by tidal currents only to expose its beauty at very low tides.”