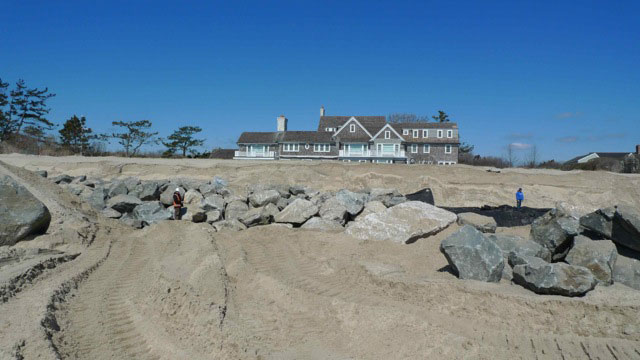 Dispute in Hamptons Set Off by Effort to Hold Back Ocean 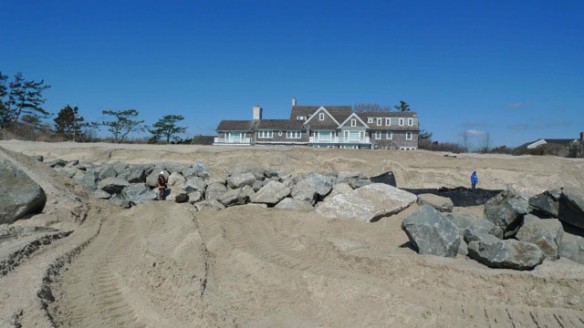 Construction of a large rock revetment, certainly one of the largest structure in the entire US designed to protect only one house. Learn more

Soon after Hurricane Sandy hit last fall, Joshua Harris, a billionaire hedge fund founder and an owner of the Philadelphia 76ers, began to fear that his $25 million home on the water here might fall victim to the next major storm. So he installed a costly defense against incoming waves: a shield of large metal plates on the beach, camouflaged by sand…