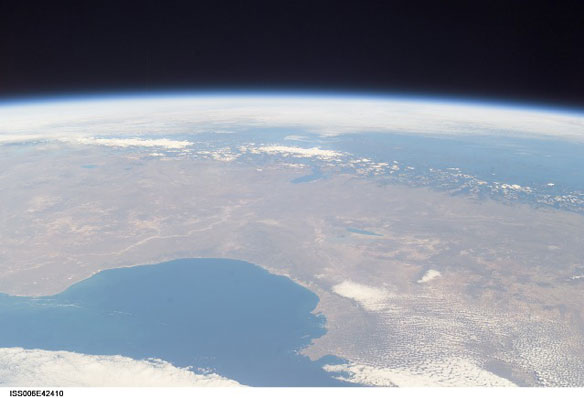 San Jorge Gulf, in the Patagonia region of Argentina, where there are huge reserves of shale gas.
The San Jorge Gulf (Golfo San Jorge) is a bay in southern Patagonia. It is an ocean basin that opens to the Atlantic ocean. Its shoreline spans Chubut and Santa Cruz province. Photo source: Jsc-NASA

The enthusiasm of the government and oil and gas companies over Argentina’s unconventional fuel potential has come up against fierce opposition from communities living near the country’s shale gas reserves and environmental organisations.

Indigenous communities, other nearby residents, academics and environmentalists are deeply concerned about the risks of disastrous environmental damage entailed by the hydraulic fracturing or “fracking” required to extract the country’s significant reserves of shale gas.

YPF president Miguel Galuccio announced that San Jorge could represent the most important source of shale gas after Vaca Muerta. In both cases, these are conventional gas fields that also contain unconventional reserves…