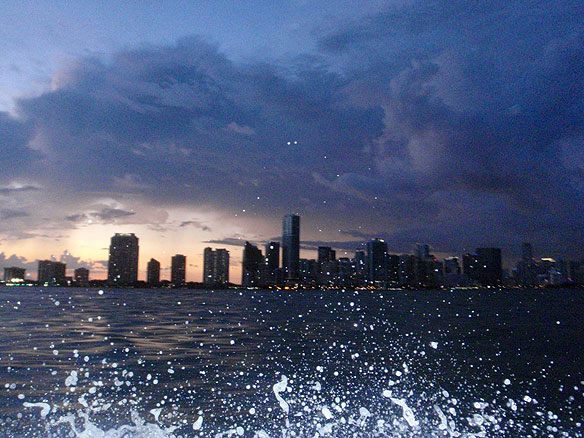 By century’s end, rising sea levels will turn the nation’s urban fantasyland into an American Atlantis. But long before the city is completely underwater, chaos will begin…

It may be another century before the city is completely underwater, but life in the vibrant metropolis of 5.5 million people will begin to dissolve much quicker, most likely within a few decades…

Too Big to Flood? Megacities Face Future of Major Storm Risk, Yale e 360
As economic activity and populations continue to expand in coastal urban areas, particularly in Asia, hundreds of trillions of dollars of infrastructure, industrial and office buildings, and homes are increasingly at risk from intensifying storms and rising sea levels.

Managing the Risks of Extreme Events and Disasters to Advance Climate Change Adaptation, IPCC
Climate change is amplifying risks from drought, floods, storms and rising seas, threatening all countries, and nations should prepare, an international panel of climate scientists warned in a report issued Wednesday. The report pointed in particular at coastal megacities.

Is This Our Future? by Greenpeace (Uploaded 09-12-2012)
Try and imagine what it would be like to wake up one day, look outside the window and discover that your home has disappeared…