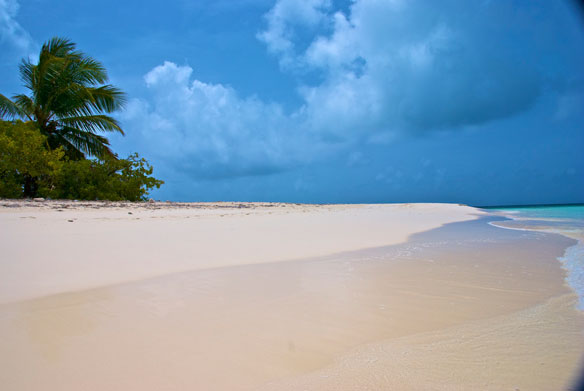 The chairman of the Barbuda Council, has had a change of heart because of the economic hardships residents face here, he said.

He is dismissing warnings by environmentalists that sand mining has exceeded safe limits and that its continuation is placing Barbuda, the tiny island in the Antigua and Barbuda union, at ever-greater risk from storms and sea level rise…

Barbuda wants help to find its own economic model, Antigua Observer
Sand mining is one of the only sources of revenue in Barbuda. Despite repeated concerns raised by experts of severe consequences it continues. Sand mining began in 1976 and has been estimated recently to generate around $5 million in revenue annually for the council and currently employs around 30 people…

Empty Promises Over Sand Mining, Barbuda, Caribarena (03-24-2013)
As sand mining in Barbuda continues, concerns mount as to when this practice will ever finally stop. Sand mining is a direct cause of erosion, and impacts local wildlife, it causes problems for those who rely on fishing for their livelihoods, as well as the destruction of picturesque beaches.

Tiny Barbuda Fears Increasingly Hostile Climate, IPS News (Uploaded 11-30-2012)
Local scientists are warning the tiny 62-square-mile island of Barbuda is becoming one of the most vulnerable spots on earth to the consequences of climate change. Worsening the problem is the long-time practice of sand removal from the island…