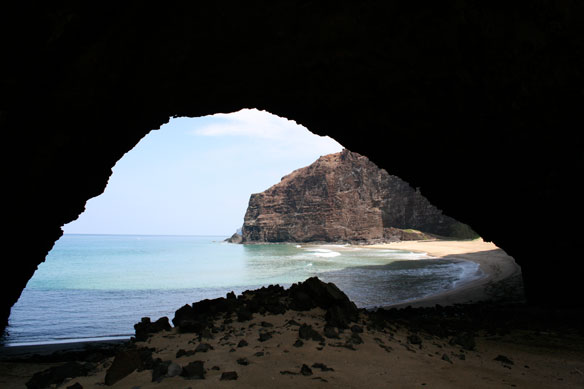 A Guide to Understanding Mathematical Models Used to Predict Beach Behavior, For Those Who Had a Hard Time With Algebra 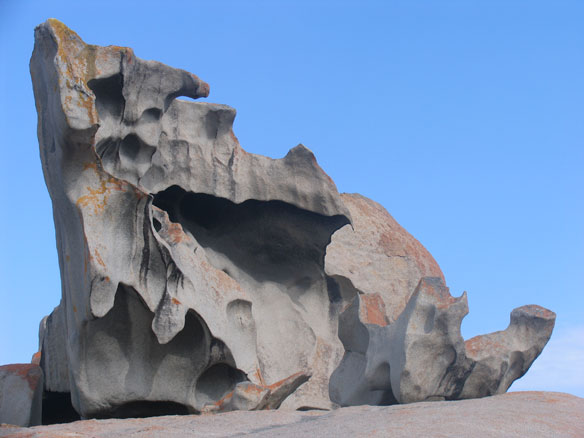 ” … Nature is so complex, it is inevitable that models must be based on simplifying assumptions.”—Dr. Orrin H. Pilkey, Professor Emeritus, Duke University, Nicholas School of the Environment. Photograph: © SAF – Coastal Care

Many of you may have read environmental impact statements or engineering design documents or have attended public hearings about plans to engineer beaches. You suspect that the plan is flawed but you find yourself up against a brick wall in the form of a mathematical model, said to be sophisticated and state-of-the-art. You are not the only one with this problem. Even if the math is not beyond you, the models are usually impenetrable to all but professionals.

Over the last 2 decades or so, my colleagues and I have been evaluating mathematical models concerned with beach processes because we perceived a very poor record of accuracy in their application to the real world. We have appraised the models, not by looking at the mathematics but by evaluating individual parameters in the equations. For example, how do you characterize wave height, longshore current sand transport, and storm impacts over the next decade or two in order to put them in the models? It’s a challenge, an impossible challenge. (Pilkey, O.H., 2000. What You Know Can Hurt You: Predicting the Behavior of Nourished Beaches: Prediction, Island Press)

Broadly defined, two types of models are used in the study of beaches and other earth surface processes. Qualitative models, also called explanatory models, answer the questions how, why and what if? For example, what if we build a groin at this location? Why do gravel nourished beaches disappear slower than sand beaches? Accuracy is not necessarily expected, as order of magnitude, directional or explanatory answers are sought. These can be very useful mathematical models.

Quantitative models, also known as predictive models, answer the questions when, where and how much? How long will a replenished beach last? What is the net longshore transport volume on this beach? With these models, a number with a significant degree of accuracy is expected. These are the bad ones!

One common approach used to validate (prove their validity) mathematical models is calibration and verification. In this process, the model is used to “predict” an already known event by adjusting various parameters to make sure the model equation comes up with the correct answer. Then the adjusted model is verified by “predicting” a second-known sequence of events over a different time frame. If the model comes up with the correct answer in this second application of the model, it is considered to be verified. For example, in the calibration process, one might tweak the model to hind-cast erosion rates between 1950 and 1970 and in the verification process, the calibrated model could be used to hind-cast the erosion rates between 1970 and 1990.

As pointed out by geologist Naomi Oreskes, verification is never possible because it assumes that the same processes occur in the second time frame as occurred in the first time frame. Calibration-verification is a myth, but it is widely used to “prove” a model’s validity.

There are many parameters responsible for the behavior of beaches, but for practical reasons, only a few can be used in the equations that are supposed to describe beach events. Shown in the table below are many of the parameters that have been noted in the geologic literature to affect longshore sand transport in the surf zone. Parameters with asterisks are those that are used in the widely used CERC (Coastal Engineering Research Center) equation and its variants, to determine sand transport in the surf zone. As is apparent from the table, only a small fraction of the known processes that affect sand transport are used in the equation. So if the equation is calibrated for a given time period, there is a strong likelihood that other processes that weren’t important in the first time period would be important in the second. For example, in the calibration period, there may be a shore-parallel storm wind impact on the beach, creating a large volume of sand transport, but the same unusual event may not occur during the verification period.

This table basically demonstrates the absurdity of mathematical modeling of beaches. (Thieler, E.R., et al., 2000. The Use of Mathematical Models to Predict Beach Behavior for U.S. Coastal Engineering: A Critical Review. JCR 16(1):48-70. PAGE 4)

There are several major problems with the equations used in earth surface models. First and foremost is model simplification. Because nature is so complex, it is inevitable that models must be based on simplifying assumptions. However, some of the beach-model assumptions are too weak to even come close to reality or to provide an answer accurate enough for stated model purposes. One example is the oft-applied assumption that one model fits all beaches. Or the assumption that all waves are monochromatic (the same wavelength) and come from the same direction.These assumptions are clearly not true, as anyone who hangs out on beaches knows. And when you pile simplification upon simplification, the overall model weaknesses are only intensified.

I believe that a measure of the reasonableness of assumptions in models is the embarrassment test. If an assumption would be embarrassing to state out loud before a group of professionals, then it’s not likely that the model will provide accurate predictions. Embarrassing statements include:

Another problem is questionable field data. It is necessary to know the current average wave height for a shoreline reach that is about to be modeled.The assumption is made that future wave heights will be very similar to current wave heights. Modeling the surf zone wave height is accomplished by using past weather records to determine deep-water wave heights and using a mathematical model to “bring in the waves” to the beach.

“… Because nature is so complex, it is inevitable that models must be based on simplifying assumptions.”
— Orrin Pilkey

But preliminary studies by Rob Young and others using both deep water and surf zone wave buoys have shown (unpublished at this point) that this method may result in too-large wave heights and sometimes wrong directions of sand transport on beaches. The irony is that no extensive field studies have been carried out to determine the validity of this widely used approach to determining surf-zone wave height. In the same light, there is a paucity of research looking back at previously engineered and modeled beaches to test the veracity of design approaches.

Besides the problem of inaccurate field determination of wave height, the following are fundamental weaknesses in most beach behavior models for characterizing waves. (These are also embarrassing statements.)

Why Do We Keep Using Beach Models?

One could ask, “If these models are so bad and have such a poor record of successful prediction, why do we keep using them?” The answer is that their failure is often explained by the excuse that “unusual” or “unexpected” storms caused the inaccurate beach model predictions, and the public blindly accepts this explanation. Probably the reason that beach model failures have never been systematically studied is that storms provide a fig leaf protecting the modelers.

In the end, the question remains: If we knew all of the important model parameters and understood how all of the parameters worked, and also understood all the interactions and feedbacks, could we predict the outcome of natural earth surface processes using mathematical models with sufficient accuracy for engineering purposes? We believe the answer is no.

An amazing number of failed coastal engineering projects have been declared to be successful. This is always the result of the project designers’ evaluating their own projects, the foxes guarding the chickens, if you will. Never accept a declaration of success from the foxes, and always make sure projects will be monitored by disinterested parties.

So If Modeling Is No Good, What Can We Do?

A complete reappraisal of beach mathematical modeling is needed. As a substitute, a qualitative appraisal of beach behavior is sometimes possible using expert geological assessment. For example, some idea of the impact of groins or the lifespan of replenished beaches can be gained from experience on nearby beaches. This approach may lack the prestige of projections from models assumed to be sophisticated and state-of-the-art, but it is likely to be a far more realistic assessment.

The thumbnail sketch of this small document offers a large number of questions that might be asked of modelers if the opportunity is provided. Some critical questions are:

1. How do you know what the wave height in the future will be?
2. Did you take into account future storms? How did you do this? Do you know the frequency, duration and magnitude of future storms?
3. Will a large storm negate the model results?
4. Did you validate the model with the calibration/verification process?
5. Does the design take into account sea level rise?

Orrin H.Pilkey is the James B. Duke Professor Emeritus of Earth and Ocean Sciences in the Nicholas School of the Environment at Duke University. He is co-author with Linda Pilkey-Jarvis of Useless Arithmetic: Why
Environmental Scientists Can’t Predict the Future (2007).
The views expressed are his own.