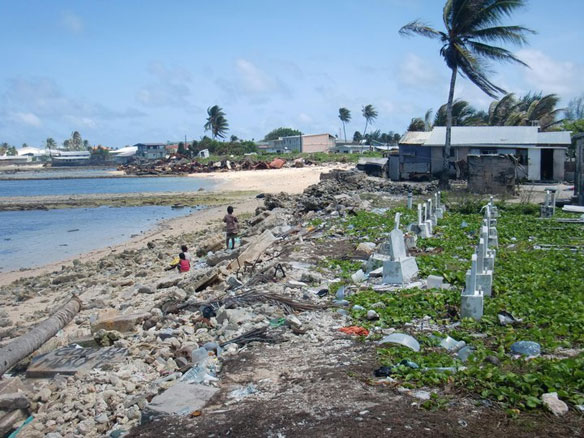 “We Are Fighting For Survival,” Pacific Islands Leader Warns

Pacific islanders will challenge world leaders this week to act on climate change, warning that their low-lying atolls are close to becoming uninhabitable because of rising seas and increasingly severe floods, droughts and storm surges…