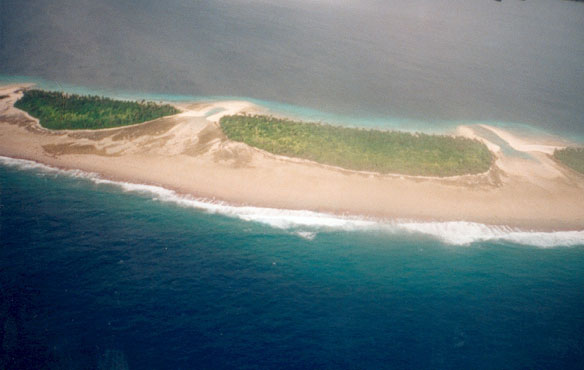 Some islands in the Pacific could be getting larger, but this doesn’t not necessarily mean sea level rise is not a threat, according to Dr Murray Ford, of the University of Auckland School of Environment.

He’s been researching the coastline of Wotjie Atoll in the Marshall islands, comparing modern satellite imagery with aerial photos dating back to World War II, and he’s found that the shoreline has actually expanded…

The State of Coral Reef Ecosystems of the Republic of the Marshall Islands, NOAA