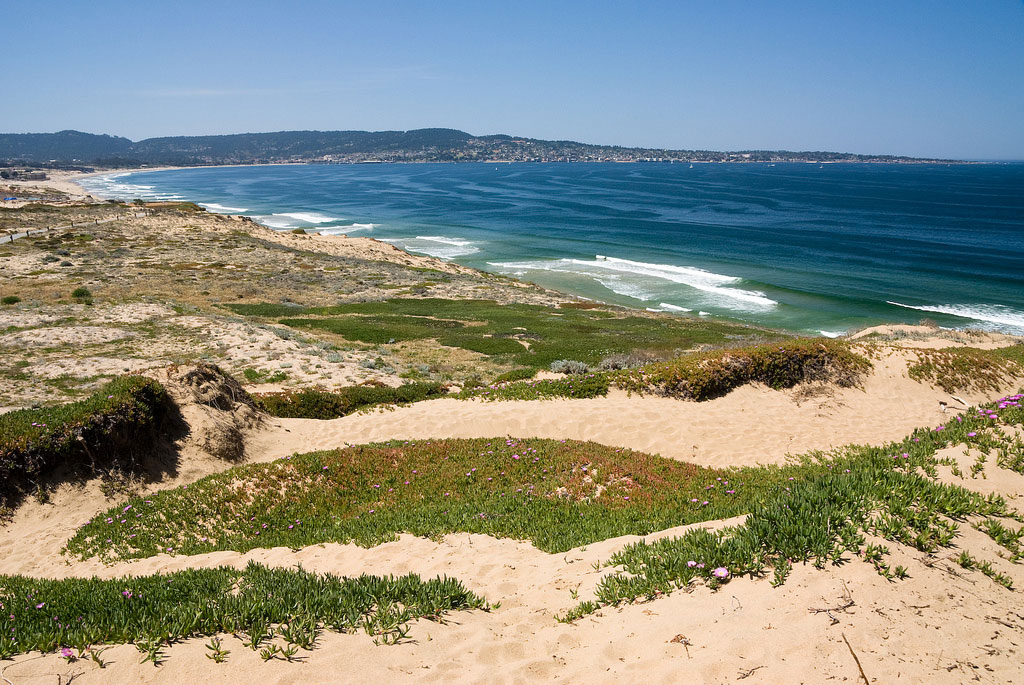 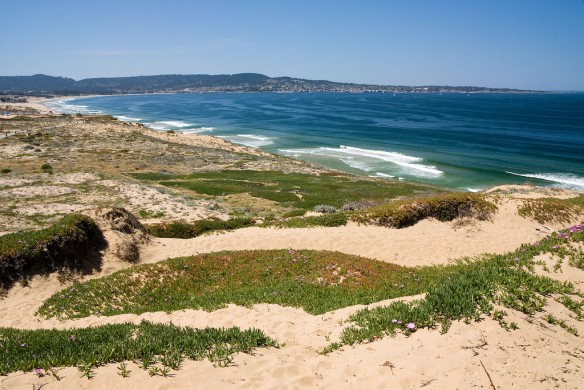 California’s Monterey Bay boasts one of the nation’s most protected coastlines, situated within a federal sanctuary that imposes bans on everything from Jet Skis to offshore drilling.

Yet most days, hundreds of tons of sand are harvested from one of its most picturesque beaches, in a mining operation now coming under increased state and local scrutiny…

About 159,000 tons of sand annually are being dredged…

WATCH: Sand Mine in Monterey Bay Washing Away Its Shorelines, A Youtube Video Uploaded On September 2nd, by The California Petri Dish

Shoreline erosion high, study says, Monterey Herald
The shores of Monterey Bay are known for their beauty, but some of it is being slowly washed away. A 2006 U.S. Geological Survey found that the Monterey Bay shoreline has the highest average erosion rate in California, narrowing the beaches by about 2 feet a year.While natural factors like wind and high tides play a role, studies attribute the majority of southern Monterey Bay’s erosion to a more localized source: the Lapis Lustre Sand Mine in Marina, also known as the Cemex plant…

Sand Mining Impacts On Shoreline Erosion In Southern Monterey Bay, NOAA Study, 2007
Southern Monterey Bay has been the most intensively mined shoreline (with sand removed directly from the surf zone) in the U.S. Mining started in 1906 at the mouth of the Salinas River and expanded to seven commercial sites at Marina and Sand City (Magoon, et al 1972). Six of the mining operations used draglines that scraped sand directly from the surf zone. A seventh operation at Marina hydraulically mines a dredge pond just in back of the berm on the beach (Figure 1). These sites are mined for the coarse sand deposits, which have a high commercial value. Sand mining was not regulated until 1968, when the State Lands Commission began regulating and licensing sand mining operations below the mine high waterline (MHWL) through the issuance of leases. In addition, the Corps of Engineers began asserting jurisdiction over mining operations below MHWL in 1974 under the Rivers and Harbors Act of 1899. Both the State Lands and Corps of Engineers leases expired in 1988. The leases were not renewed as it was determined the sand mining contributed to shoreline erosion, stopping the dragline mining operations. Based on State Lands lease records and company records, the total annual amount of sand mined ranged 75K to 230 K m3/yr with a mean of 150K m3/yr. This amounts to more than halve the annual erosion in southern Monterey Bay. The only remaining operation is the dredge pond in Marina that is above MHWL, which effectively intercepts all sand transported both south and north as sand is carried over the berm at high tides by the swash of storm waves refilling the pond each year. The dredge pond operation has increased its mining to 150K m3/yr as the other mines were shut down…