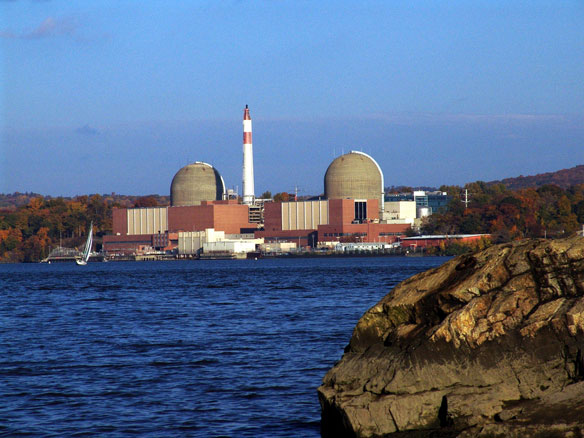 How Rising Seas Could Sink Nuclear Plants On The East Coast

In 2011, a tsunami sent waves as high as 49 feet crashing over the seawalls surrounding the Fukushima Daiichi Nuclear Power Plant in Japan, causing meltdowns at three of the plant’s reactors. After that incident, the United States Nuclear Regulatory Commission (NRC) ordered nuclear facilities in the U.S. to review and update their plans for addressing extreme seismic activity and potential flooding from other events, such as sea level rise and storm surges.

Those plans aren’t due until March 2015, which means that many plants have yet to even lay out their their potential vulnerabilities, let alone address them…

Why We Build Nuclear Power Stations in Earthquake Zones
State and federal officials are pushing for comprehensive checkups of the San Onofre and Diablo Canyon nuclear facilities, both located on California coast, and which have been both cited repeatedly in recent years for safety lapses. If more Fukushimas are to be avoided, we have to start by understanding the real risk of risk…