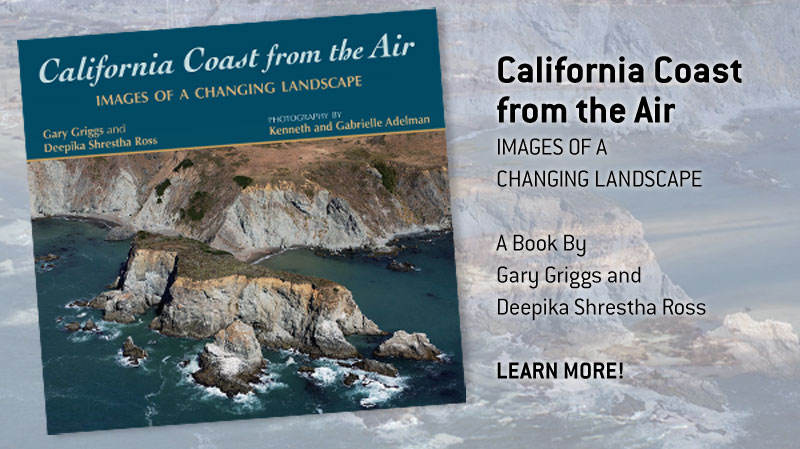 California Coast From The Air: Images of a Changing Landscape 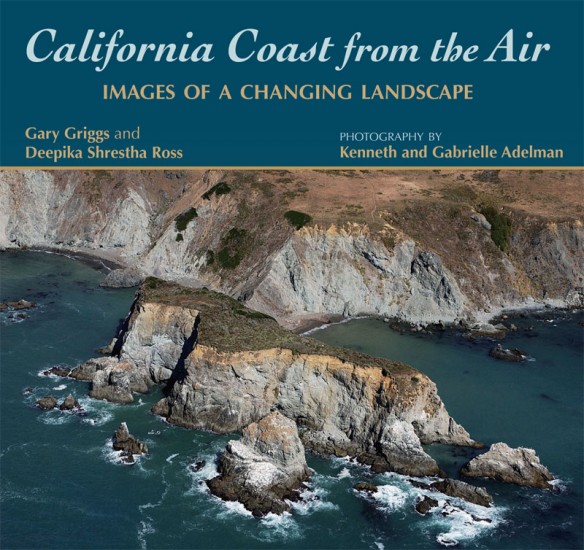 California Coast from the Air:

Images of a Changing Landscape

A book by Gary Griggs and Deepika Shrestha Ross, Photography by Kenneth and Gabrielle Adelman

In a state identified with change, California’ s 1,100-mile coastline lives up to the reputation. Storm waves attack sea cliffs, earthquakes trigger landslides, and ocean waves relentlessly move sand. Over the past century, humans have changed the coast too, particularly in Southern California, where some stretches of coastline have been completely altered.

Thanks to the California Coastal Records Project, the brainchild of Kenneth and Gabrielle Adelman, we now have an aerial photographic record of the entire coastline, from the redwood forests near the Oregon border to the urbanized shoreline of San Diego Bay. California Coast from the Air features 150 of the best photographs from this scientifically valuable yet truly artistic collection of more than 80,000 images.

Steep coastal cliffs gradually sliding into the ocean, an isolated sandy beach that cannot be reached by road, or sand dunes marching inland under the force of the wind are just a few of the scenes portrayed in the book s photos. Oceanographer Gary Griggs and architect Deepika Shrestha Ross provide insightful captions, describing the natural features, their changes over time, and human efforts to tame them.

The photographs are organized by county, from north to south, and shaded-relief maps locate features described in the text.

About the authors:
“Gary Griggs, professor of Earth and planetary sciences at UC Santa Cruz, has written many books about the California coast. The latest is California Coast from the Air, a collection of stunning aerial photographs of the state’s coastline with captions by Griggs and architect Deepika Shrestha Ross.

Most of the photographs are by local residents Kenneth and Gabrielle Adelman, who have taken thousands of high-resolution digital photographs of the entire California coastline and posted them online through the California Coastal Records Project.

Griggs, an expert on coastal geology, has been collaborating with the Adelmans since he first learned about their project.”— News Center, University Of California Santa Cruz