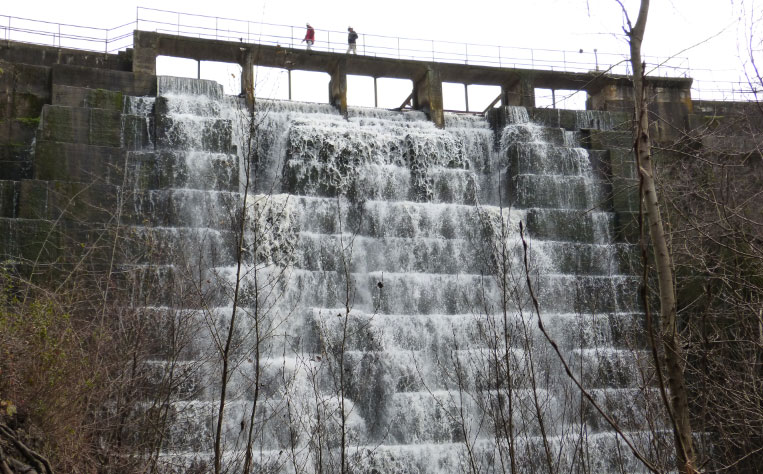 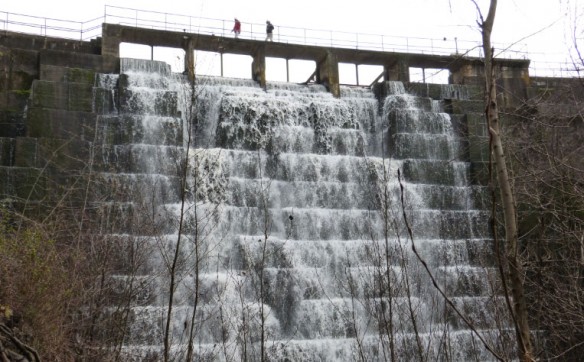 Stanford University is finding itself at the center of an unlikely environmental battle. It centers on an aging dam and the barrier it creates for native fish. A decision on whether to tear it down is expected later this year.

Searsville Dam was built in 1892, originally to supply water to the city of San Francisco, but there was one small problem — it wasn’t drinkable. Today the water behind the dam is used to irrigate campus lawns and the university golf course. The dam blocks a series of creeks and streams above it…

Elwha, The Grand Experiment (11-12-2012)
Stanford University’s School of Humanities and Sciences, and their Knight Risser Prize for Western Journalism, has honored Lynda Mapes of the Seattle Times with a Special Citation for the report, “Elwha: The Grand Experiment”, which focusses on the largest dam removal project in the world currently underway in Washington State.

DamNation; a Documentary That’s Testing the Waters of Corporate Social Responsibility, From Felt Soul Media (04-18-2014)
DamNation is a feature documentary, shown this week at SXSW in Austin, Tx. DamNation’s majestic cinematography and unexpected discoveries move through rivers and landscapes altered by dams, but also through a metamorphosis in values, from conquest of the natural world to knowing ourselves as part of nature…

Elwha Dam removal, 2011. The largest dam-removal project in U.S. history—the Elwha River Restoration Project—commenced during the second week of September 2011, when National Park Service contractors began to dismantle two dams on the Elwha River in Washington State. The 32-m-tall Elwha Dam and the 64-m-tall Glines Canyon Dam, completed in 1913 and 1927, respectively, have been blocking the natural supply of sediment to the lower river and coast and severely limiting salmon and steelhead spawning for nearly a century.Captions: Jonathan A. Warrick / USGS. Photograph: © SAF