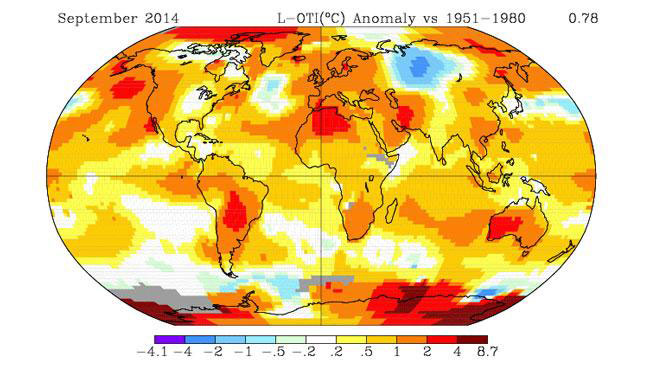 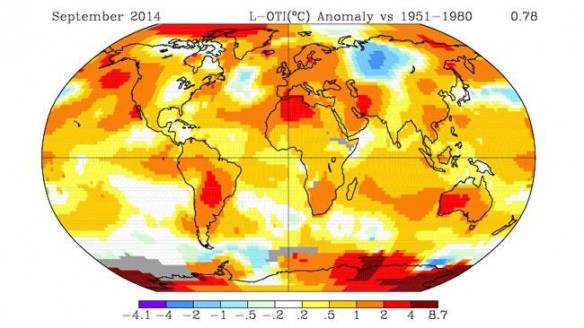 Like August before it, September 2014 was the warmest September on record, according to newly updated NASA data. The warm month makes it even more likely that 2014 will become the warmest year on record…