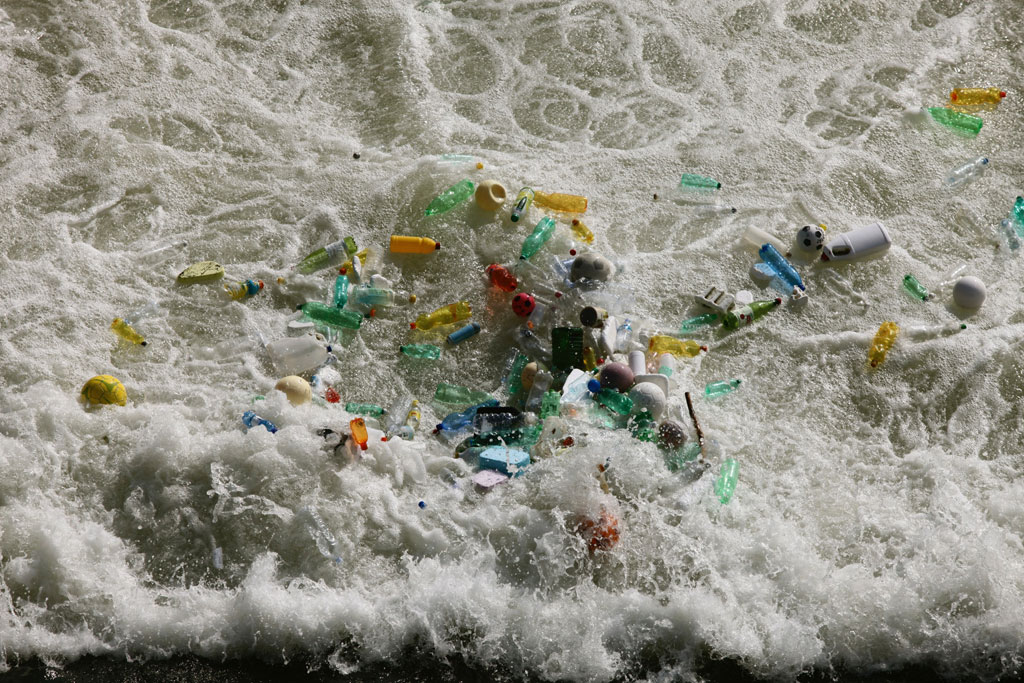 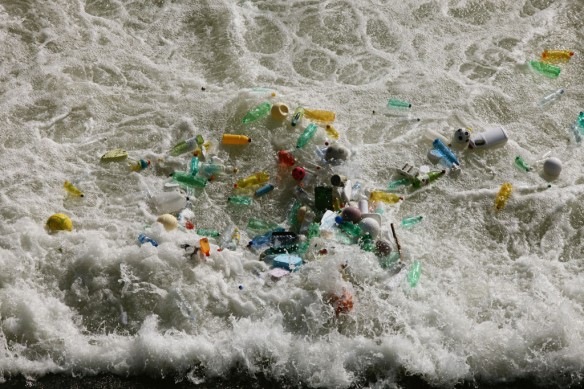 “For over twenty years, David Kassman has traveled across continents, taking photographs of the people and places he encounters. His images of urban and rural communities often focus on themes of identity and cultural displacement. Kassman’s works­- from portraits of tribesmen in the African bush to a series of photographs of a fully costumed Spiderman running through cultural touch-points including Times Square and the Egyptian pyramids- are captivating and revelatory.

Lost represents a departure from Kassman’s previous work in still photography. The exhibition centers around two video installations of garbage swirling beneath a bridge on the Tiber River in Rome. Played in a nonstop loop, both videos capture the frantic movement of the human detritus that has accumulated in a single spot: plastic bottles, containers, and sports balls. The refuse tumbles together, like clothing in a laundry machine, all sinking and rising in a jumbled chaos.

The exhibition also features a lightbox work and eight large-scale photographic prints that depict the scene from three distinct angles. The precision and crisp detail in each photograph accentuates the singularity of the objects within the frame: the saturated colors of the bottles, and the clarity of the bubbles and foam at the surface of the Tiber. Seen together, the images immerse the viewer in a disorienting kaleidoscope of moving water and flotsam.

The objects, discarded and forgotten, have traveled unknown distances and ultimately collected here. But they have not stopped moving. In what Kassman refers to as a “massive installation of pollution,” the individual pieces of trash continue to fight to stay afloat. The work is hypnotic and meditative and it is difficult not to feel an affinity with the empty soda bottles and soccer balls that have become stuck in this unending struggle.

The journey of the trash down the river can also be seen as a reflection of the complexity of migrations that occur in today’s globalized society. Refugees and survivors who have been displaced by war and persecution must struggle to find a place to live. Security and stability can be fleeting, and people from different backgrounds often find themselves brought together by political currents, living day to day, simply trying to catch a breath of air and not be pulled under. This is a narrative that is particularly resonant in the artist’s homeland.

David Kassman was born in 1971 in Israel. His photographs have been exhibited in galleries and private collections all over the world. He teaches photography at Shankar University of Art in Tel Aviv and has worked with Donna Karan’s Urban Zen Foundation since 2007.” —Winston Wächter Fine Art, New York