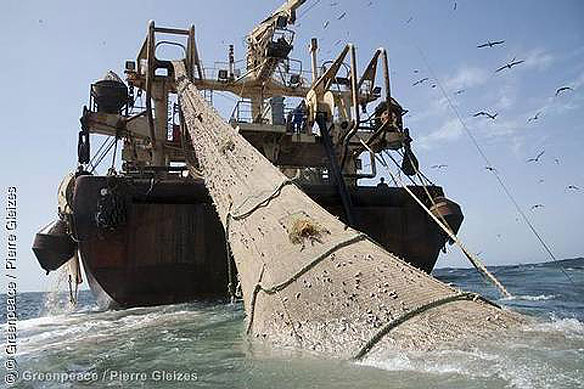 The parliamentary secretary for agriculture, Richard Colbeck, released a statement on Christmas Eve saying supertrawlers would be permanently banned from Australian waters.

The ban defined a supertrawler as a vessel longer than 130 metros, thus making the ban inadequate because dependent on vessel length only, and not industrial fishing capacity…