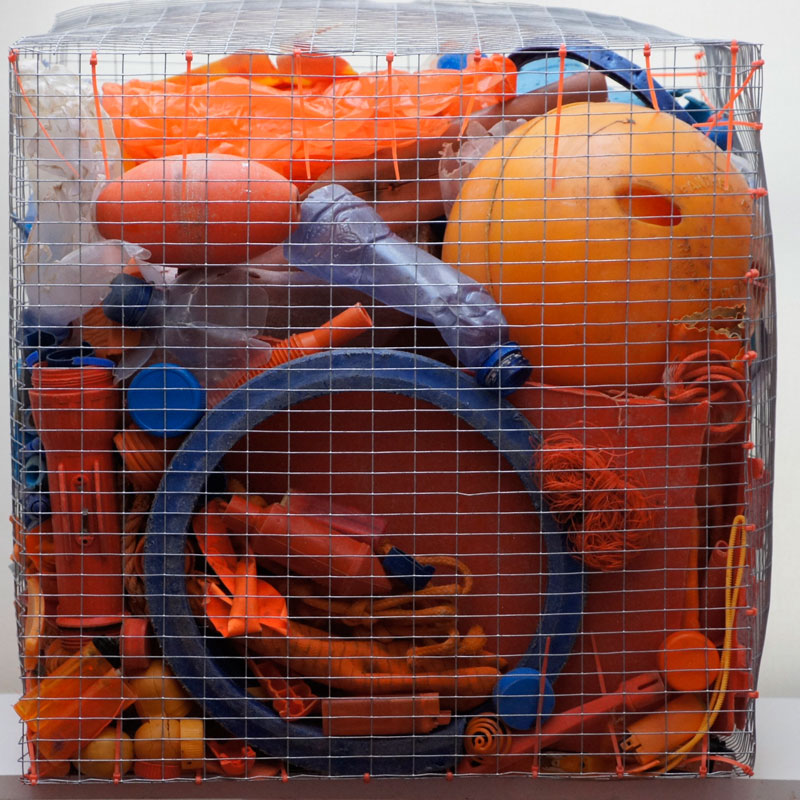 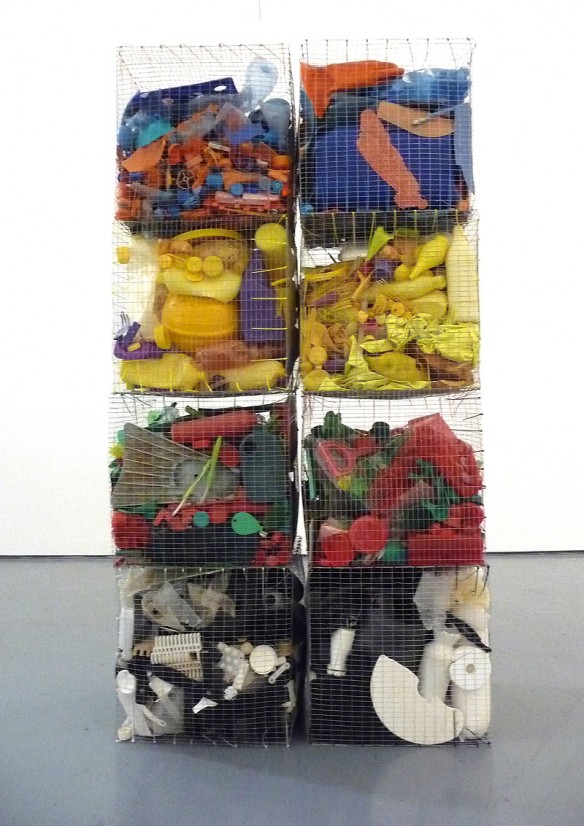 “The shores of the Isle of Wight are littered with plastic waste.

‘8 Gabions’ is created from plastics collected from the beach. These have been broken and altered by the action of the sea and weather but retain echoes of a former existence. A conflict is created between the bright, playful colours of the objects contrasting with the evidence they provide of the way people pollute the natural world.

This catalogue of objects is held within wire gabions and organised by colour. Gabions usually hold back the sea or land, acting as a stabilising force. In the gallery context, ‘8 Gabions’ become a commentary on the human impact on the environment.

My standpoint is concern for changes in the environment. Researchers are examining plastic pollution in our oceans and the impact of plastics on marine life, the human food chain and fertility. I communicate my concern through my work.”—Mary 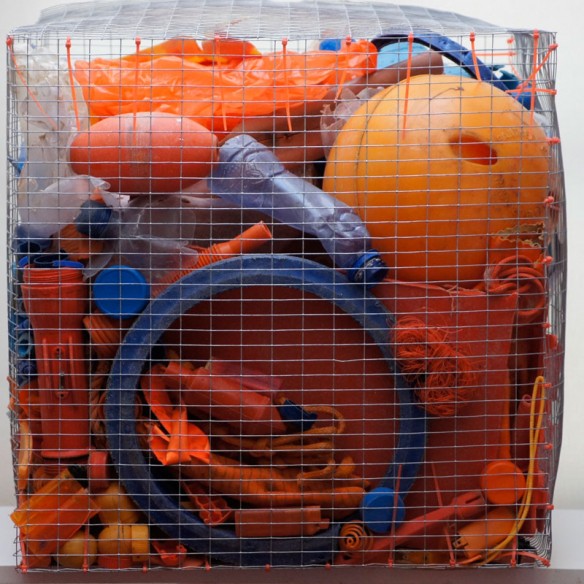