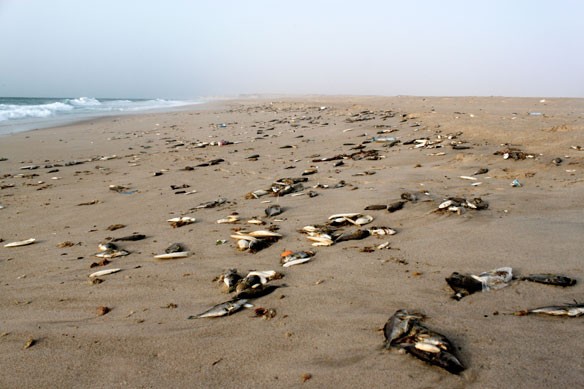 US fishermen throw out an estimated 2bn pounds in bycatch alone – an amount worth about $1bn, according to nonprofit organisation Oceana.

Seafood processors commonly dispose fish guts, heads, tails, fins, skin and crab shells in marine waters. Once there, the decomposing organic matter can suck up available oxygen for living species nearby, bury other organisms or introduce disease and non-native species to the local ecosystem…