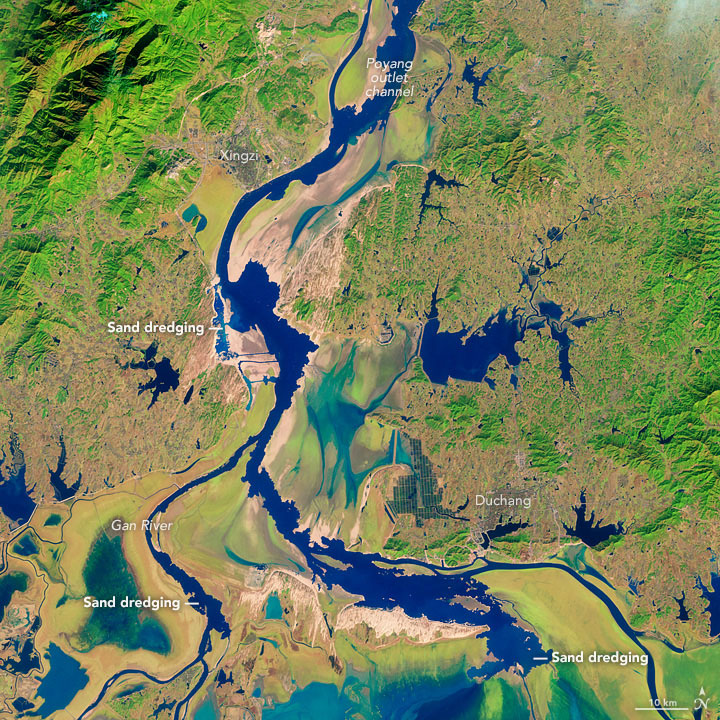 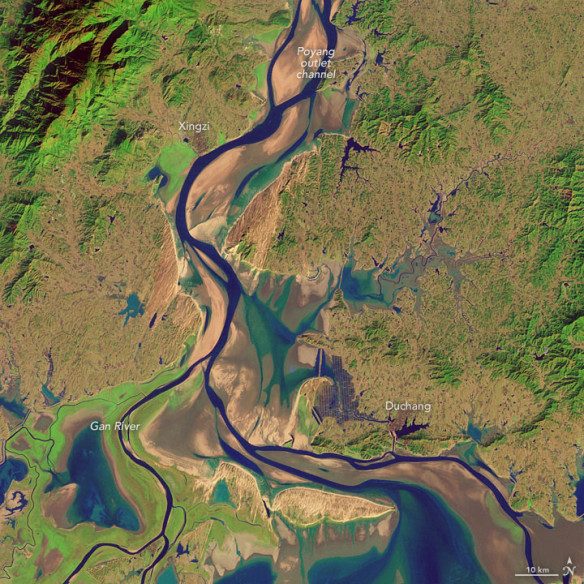 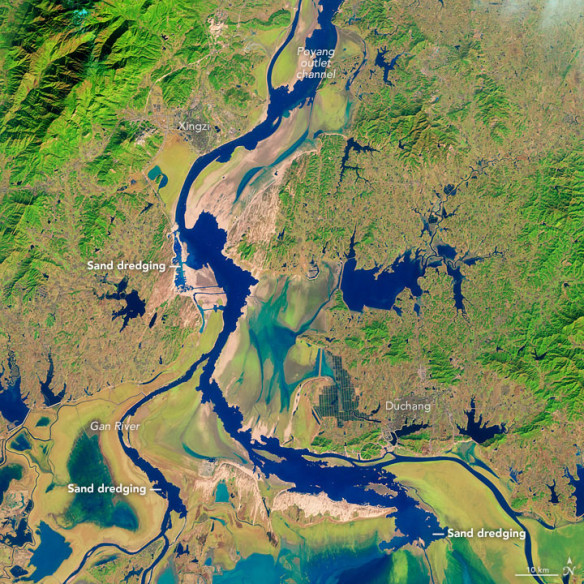 When you see the vast expanses of sand in the Sahara and other major deserts, it is hard to comprehend how sand could ever be a resource in short supply. Yet for certain types, the supply of sand is indeed short.

For the construction industry, river and lake sand is more desirable than desert and ocean sand. To produce mortar for cement, concrete, and other building materials, the angular sand particles found in rivers and lakes are most useful. Making a strong mortar with the particles found in deserts—which are rounded by winds—is more challenging because the sand does not bind together as well. Likewise, ocean sand is mixed with salt, which can cause metals to corrode. Washing this marine sand can be time-consuming and expensive.

Over the past few decades, the global demand for construction sand has boomed, especially in Asia due to rapid urbanization. In China alone, the demand for cement has increased 438 percent over the past two decades, according to the United Nations Environmental Program.

In 2000, dredging and other sand mining become so intensive along the Yangtze River that Chinese authorities banned the activity along the lower and middle reaches of the river. This drove many sand mining operators to Poyang Lake, a large body of water that flows into the Yangtze about 600 kilometers (400 miles) upstream of Shanghai.

This pair of false-color images captured by Landsat satellites shows the impact of sand mining on the northern reaches of Poyang Lake. The top image was acquired by the Thematic Mapper on Landsat 5 on December 7, 1995; the second image shows the same area as observed by Landsat 8’s Operational Land Imager on December 24, 2013. Water levels vary throughout the year at Poyang Lake, with the lowest levels occurring in winter.

By contrasting the two images, we can see dramatic changes in the outlet channel that connects Poyang Lake to the Yangtze river. Sand removal and dredging have deepened and widened the channel significantly. These activities also have left the remaining sandbars and shores with an irregular, serrated appearance. Turn on the comparison tool to see the changes.

As part of an effort to assess the scale of the sand mining and its environmental impacts, a group of researchers analyzed data collected by the Advanced Spaceborne Thermal Emission and Reflection Radiometer (ASTER) sensor on NASA’s Terra satellite.
Using infrared data collected by ASTER in 2005, the researchers found that the lake was producing up to 236 million cubic meters of sand per year—about 9 percent of the total produced by China. The researchers estimated that the volume of sand removed was probably enough to make Poyang Lake the largest sand mining operation in the world.

“Sand mining has compromised the ecological integrity of the lake by contributing to less predictable seasonal water fluctuations and to a series of recent low water events,” said James Burnham, an ecologist with the University of Wisconsin and the International Crane Foundation. Burnhan has conducted field research on wintering waterbirds at Poyang Lake. “This is a lake that hosts 98 percent of the endangered Siberian Cranes and Oriental White Storks, as well as a significant number of over a dozen other endangered waterbirds in the winter.”

Sand Wars, An Investigation Documentary, By Multi Award-Winning Filmmaker Denis Delestrac (©2013)
“Sand is the second most consumed natural resource, after water. The construction-building industry is by far the largest consumer of this finite resource. The traditional building of one average-sized house requires 200 tons of sand; a hospital requires 3,000 tons of sand; each kilometer of highway built requires 30,000 tons of sand… A nuclear plant, a staggering 12 million tons of sand…”

“Sand, Rarer Than One Thinks”: A UNEP Report (GEA-March 2014)
Despite the colossal quantities of sand and gravel being used, our increasing dependence on them and the significant impact that their extraction has on the environment, this issue has been mostly ignored by policy makers and remains largely unknown by the general public.
In March 2014 The United Nations released its first Report about sand mining. “Sand Wars” film documentary by Denis Delestrac – first broadcasted on the european Arte Channel, May 28th, 2013, where it became the highest rated documentary for 2013 – expressly inspired the United Nations Environment Programme (UNEP) to publish this 2014-Global Environmental Alert.