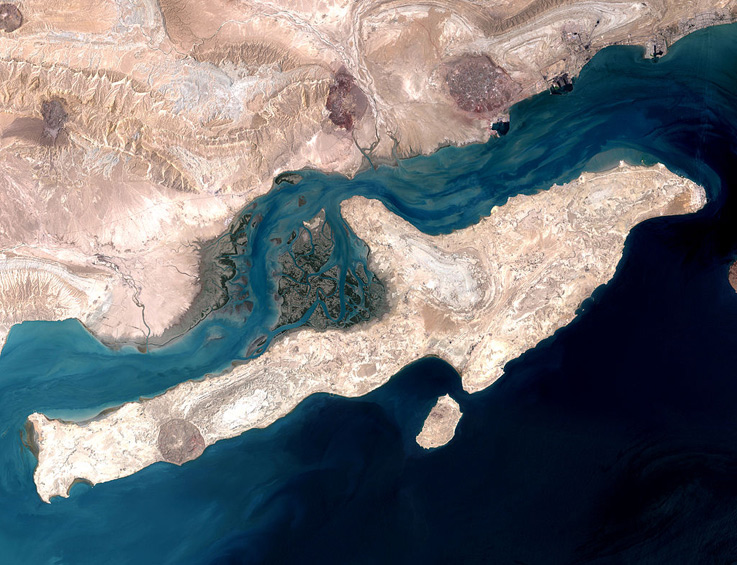 In a Harsh Desert, a Watery Forest Survives 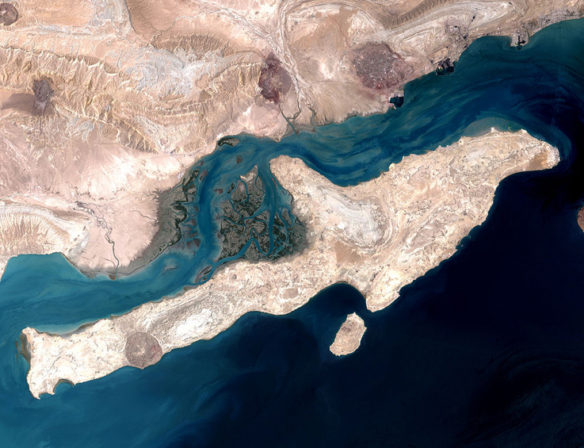 Qeshm is the largest island in the Persian Gulf and part of UNESCO’s Hara Biosphere Reserve and the Haraye Khamir Protected Area.
Betweeen Qeshm Island and the mainland lies Hara Biosphere Reserve, the largest stretch of mangrove forest along the Persian Gulf shoreline. Amid an otherwise arid landscape, the forest is a hub of biodiversity in Iran, drawing migrating birds and sea turtles. The forest appears as a network of meandering land surfaces intermingled with shallow water. Compared to other land surfaces, this marine forest appears much darker. Captions and image source: NASA / Earth Observatory

The mangroves of Qeshm Island, are uniquely adapted to their brutal surroundings, which are characterized by searing heat, little rainfall, and high salinity…