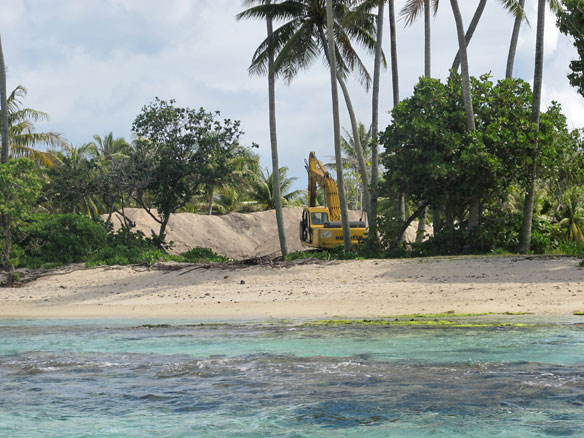 Montserrat residents are outraged and seeking answers as to why vast amounts of sand are being removed from Foxes Bay Beach in the south of the island.

The removal of beach sand is a direct cause of erosion along many shorelines. It is very damaging to the beach fauna and flora, ruinous to beach aesthetics, and frequently causes environmental damage to other coastal ecosystems associated with the beach such as wetlands, says coastalcare.org.

Lawyer speaks out on beach sand mining, Montserrat, The Montserrat Reporter (05-27-2016)
Substantial quantity of sand is currently being removed from the southern end of Carrs Bay Beach, and area that is both environmentally and ecologically sensitive…