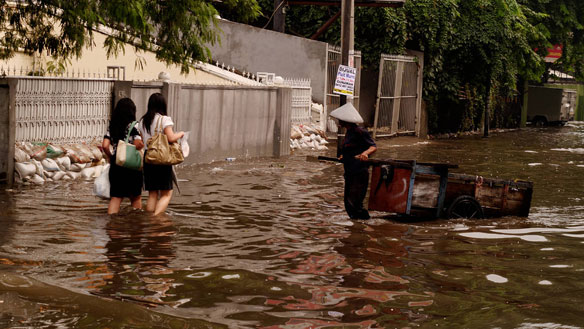 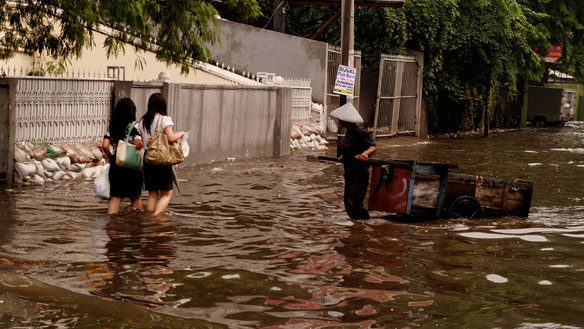 Greater Jakarta, one of the world’s most densely populated cities, sits on a swampy plain and is sinking at a faster rate than any other city in the world…

Could a Titanic Seawall Save This Quickly Sinking City? National Geographic (12-10-2015)
Jakarta, Indonesia’s fast-growing capital of 10 million people, is embarking on one of history’s biggest seawall projects—to be shaped like a Garuda, a mythical bird-like creature…

The Archipelago with Ubiquitous Land Reclamation Projects; Global Indonesian Voices (04-28-2016)
Whilst reclamation in Jakarta and Bali are more well-known due to the frequent reporting and public controversies, similar projects are also either being planned or underway in other regions across Indonesia…

Walls Around our Coastal Cities? By Pr. Gary Griggs