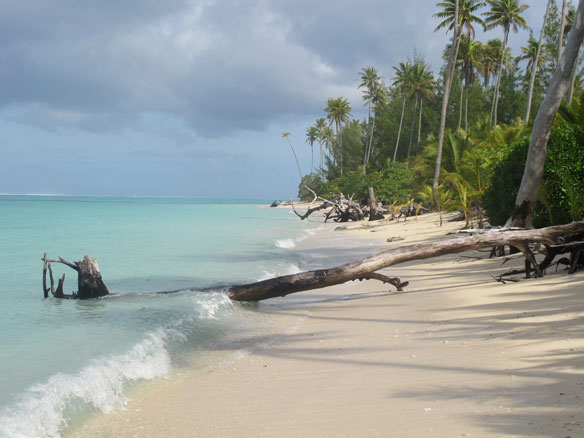 Translation:
In the Samoan island of Upolu, a villager is reporting seeing myriads of trucks loaded with sand mined from local beaches, on the south coast.

He noticed that the coast has eroded, and ocean currents have been altered as well.

Officials have replied that the mined sand is to be used for embankments construction.

Up to the eye-witness, the sand-loaded trucks rotations have been going on for years, from the beaches of Falealili, Tafatafa and Lotofaga.

“On average, 4 trucks with a loading capacity of 14tons each, are being filled each day” he said. “we are experimenting severe erosion problems, a change in the ocean currents, and the palm trees once standing along the shoreline, are now falling off in the ocean.”

Officials have aknowledged the issue, affirming that the sand has been mined by a legitimate construction company, using the ressources to build a road. But now, the mined-sand is said to be solely affected to build embankments to fight coastal erosion…