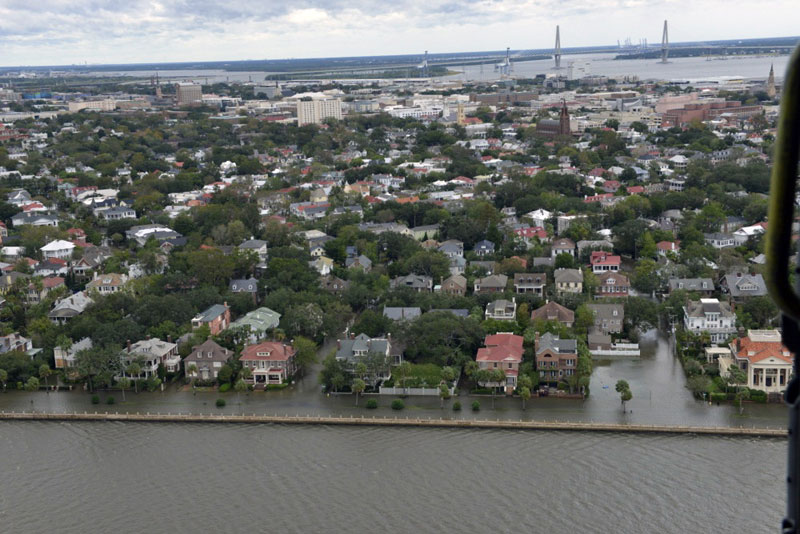 When a City Stops Arguing About Climate Change and Starts Planning 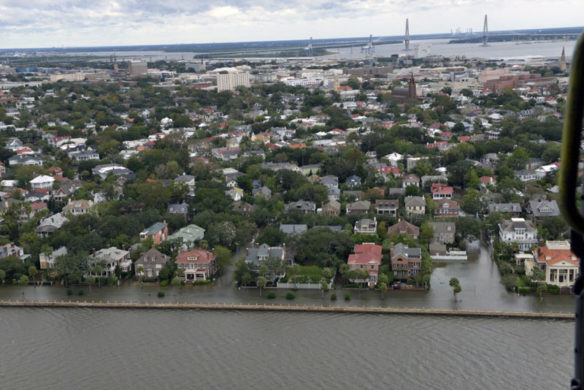 A MH-60 helicopter from the U.S. Coast Guard (USCG) Aviation Training Center Mobile, AL conducted a fly over of the Charleston, South Carolina area that was affected by Hurricane Matthew, on Friday, October 8, 2016. Captions And Photo source: USDA

Charleston, South Carolina, is adapting to a hotter, wetter and riskier future…

Thousands of Homes Keep Flooding, Yet They Keep Being Rebuilt Again; NRDC (08-11-2016)
Can you imagine living in a property that has flooded 10 times? How about 20 times? These properties—and more than 30,000 others that have flooded multiple times—illustrate the current problems of the National Flood Insurance Program and also provide some insights into how challenging it will be to cope with sea level rise, flooding due to extreme weather, as well as other impacts of climate change…

Rebuilding the Shores, Increasing the Risks, The New York Times (04-2013)

“Why Americans Are Flocking To Their Sinking Shores Even As The Risks Mount – PART II: Against The tide,” From the: “Water’s Edge: the Crisis Of Rising Sea Levels – PART II,” A Report By Reuters (09-2014)