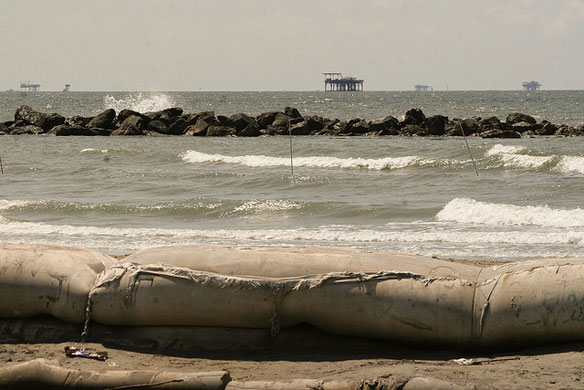 The geography of the Louisiana coastline is quickly changing. A state-commissioned report predicts rising water could swallow more land along the Gulf of Mexico, if nothing is done to address damage caused by climate change and commercial activity.

Louisiana’s sinking coast is a $100 Billion nightmare for big oil; Bloomberg (08-17-2016)
From 5,000 feet up, it’s difficult to make out where Louisiana’s coastline used to be. But follow the skeletal remains of decades-old oil canals, and you get an idea. Once, these lanes sliced through thick marshland, clearing a path for pipelines or ships. Now they’re surrounded by open water, green borders still visible as the sea swallows up the shore…