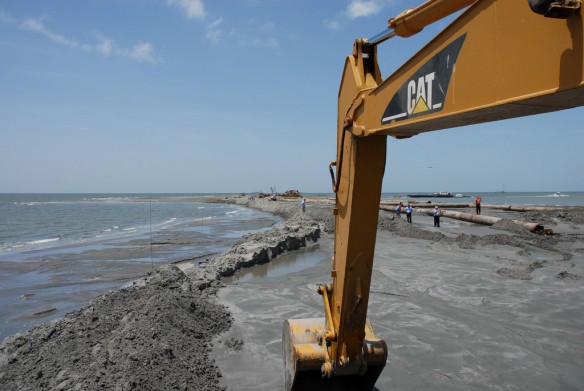 In a story in late October, I reported on the continuing effort by Louisiana to build sand berms in the Gulf of Mexico to block and capture oil from the BP spill. Back in June, BP ponied up $360 million for the berms, of which roughly $140 million was left…

Could a Sand Barrier Do the Trick?