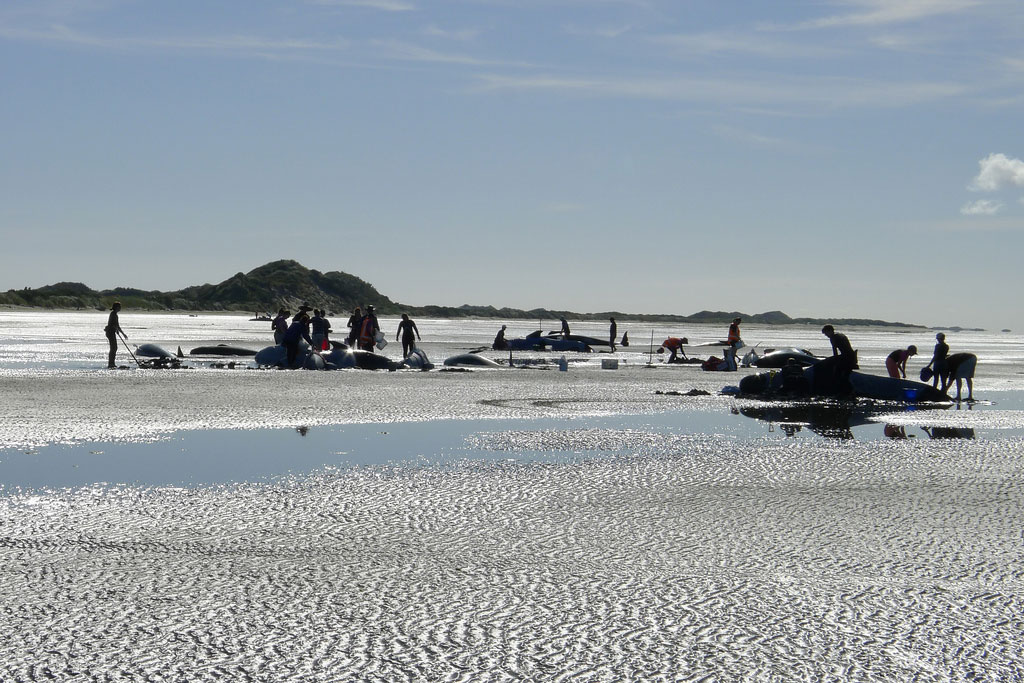 What makes this New Zealand beach a whale graveyard? 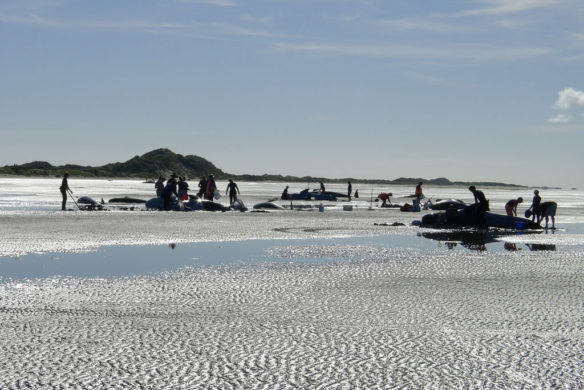 Beached pilot whales, Farewell Spit, New Zealand. Photo source: ©© Angieandsteeve
“Of all cetaceans – whales and dolphins – pilot whales are the species most likely to strand themselves. Their name itself, pilot whale, comes from their propensity to follow a single leader…” Captions: Philip Hoare, author of Leviathan or, The Whale

Each year locals from Golden Bay at the top of New Zealand’s South Island know to expect a whale beaching at a narrow strip of sand curving into the Cook Strait, known as Farewell Spit…