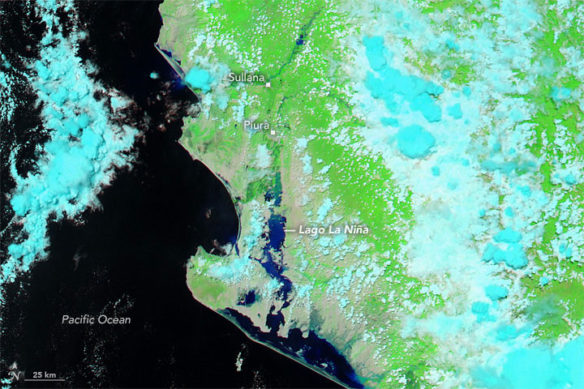 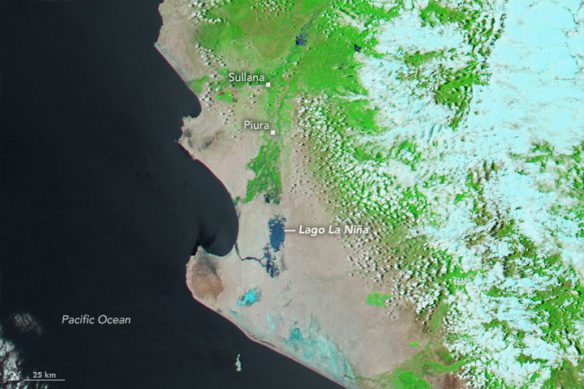 Heavy rains that began in mid-March have left Peru reeling. More than 70,000 people have lost their homes, according to Reuters, and more than 80 people have died in mudslides and flooding.

Mulitple storms hit Peru’s north coast between March 19 and 23, bringing heavy rain and lightning. Data from the Global Precipitation Measurement mission (GPM) observed rain falling at rates as high as 137 millimeters (5.4 inches) per hour in a few locations on March 20. The National Meteorological and Hydrological Service of Peru (SENAMHI) warned of high wind gusts. Even after the worst of the storms had passed, the rains continued in the country’s north. Some meteorologists have pointed to extremely warm waters off Peru’s coast as a possible source for the high levels of moisture in the atmosphere.

As flood waters begin to recede, citizens have started surveying and salvaging their wrecked homes and businesses from the mud. A lot of critical infrastructure did not survive intact; more than 500 bridges have been damaged and nearly 100 have collapsed.