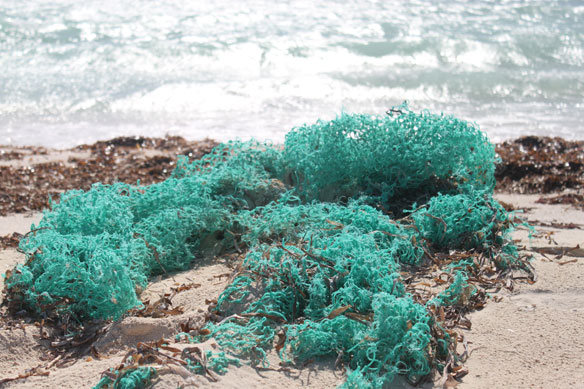 “When plastic ingestion occurs, it blocks the digestive tract, or fills the stomach, resulting in malnutrition, starvation and potentially death. Indeed, it is found that debris often accumulates in the animals’ gut and give a false sense of fullness, causing the animal to stop eating and slowly starve to death.” —Captions and Photo: © SAF — Coastal Care

The study, led by academics at Newcastle University, found animals from trenches across the Pacific Ocean were contaminated with fibres that probably originated from plastic bottles, packaging and synthetic clothes…