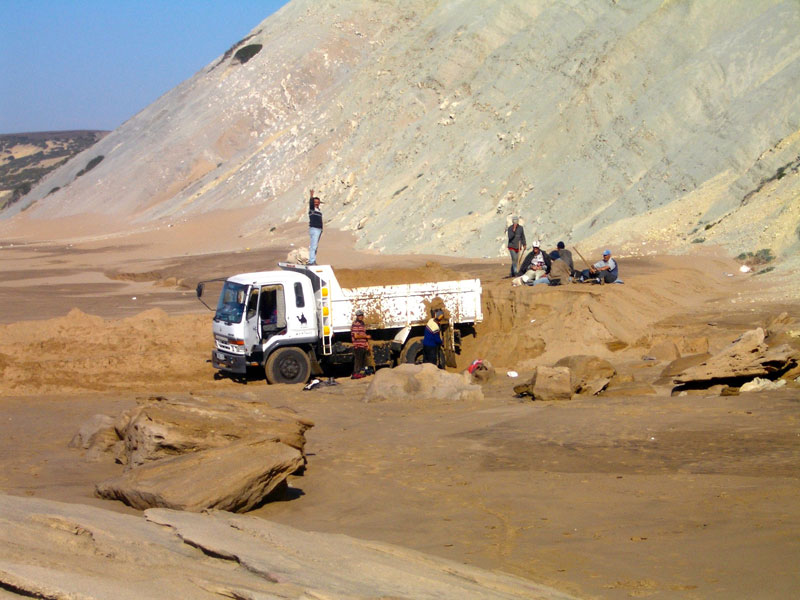 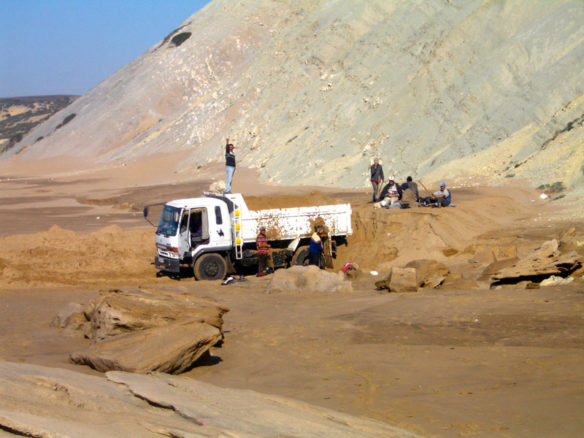 Results of an intensively and illegally sand mined beach and sand dunes, near Larache, Tangier, Northern Morocco. Blond and beautiful expanses of beach sand and once spectacular coastal dunes – some of which towered up to 60 meters high – have disappeared, revealing now a bare landscape. Captions and Photograph: © SAF — Coastal Care

Every day, miners remove 5,500 to 6,000 truckloads of sand (about 20 tons each) from the scenic beachfronts and 17 river basins of Tamil Nadu in India, according to the state government.

India is hungry for sand. Fueled by a real estate boom estimated to generate $180 billion annually by 2020, India is digging 500 million metric tons of sand every year, feeding an industry worth more than $50 billion. And India’s hunger is bound to increase, as the government plans to build about 60 million new affordable homes between 2018 and 2024…