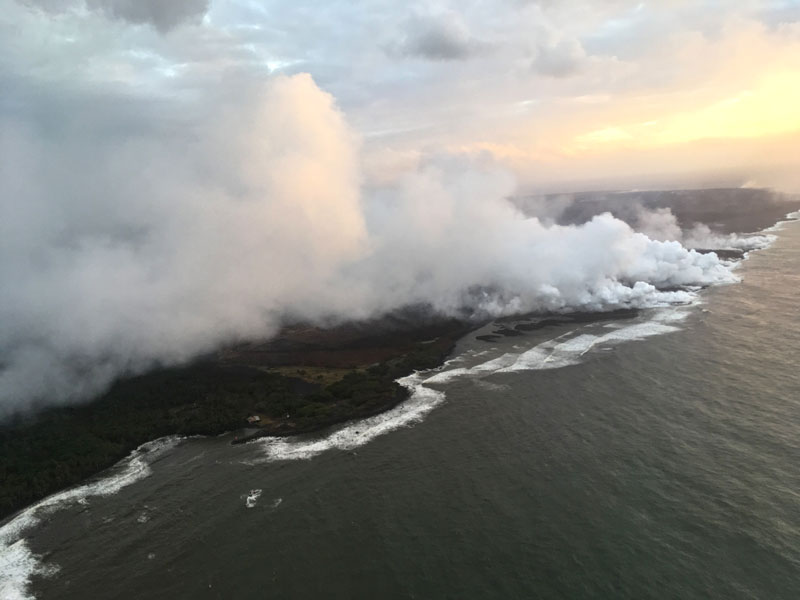 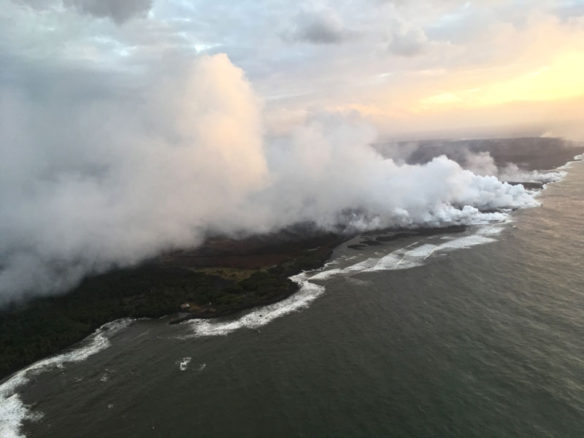 The active ocean entry along the southernmost margin of the fissure 8 flow is a hazardous area. The interaction of lava and seawater creates “laze,” a corrosive steam plume laced with hydrochloric acid and fine volcanic glass particles that is blown downwind and can irritate the skin, eyes, and lungs. Lava flows entering the ocean can also result in explosive interactions, littoral explosions. Captions and Photo source: USGS

The island has grown by nearly 700 acres, the equivalent of more than 500 football fields.

The continuous lava flow has now covered about 12.5 square miles of Hawaii’s Big Island, or about half the size of Manhattan…