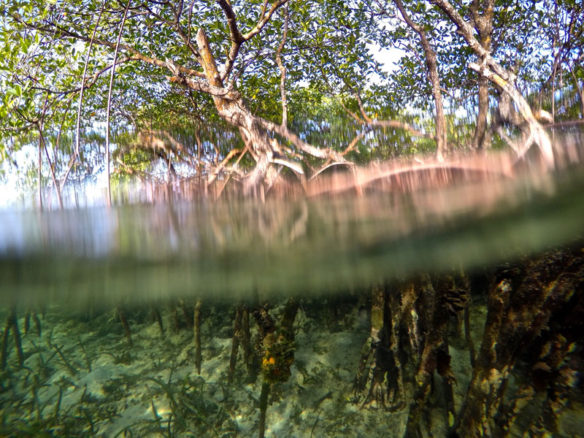 Mangroves are tropical forests that thrive in salt water and found in a variety of coastal settings worldwide. Mangroves store greater amounts of carbon than any other terrestrial ecosystem, which helps reduce carbon dioxide and greenhouse gases in the atmosphere.

This bay in Scandinavia has world record in carbon storing; Science Daily (01-12-2017)
Forests are potent carbon sinks, but also the oceans’ seagrasses can store enormous amounts of carbon. A little bay in Denmark stores a record amount of carbon. Here is the secret…

Mangroves protect coastlines, store carbon – and are expanding with climate change; The Conversation (02-09-2018)
Mangroves are providing extremely valuable services and may become even more important as they expand toward the poles. But according to one recent study, many mangrove ecosystems are not building enough new elevation to keep pace with sea level rise…