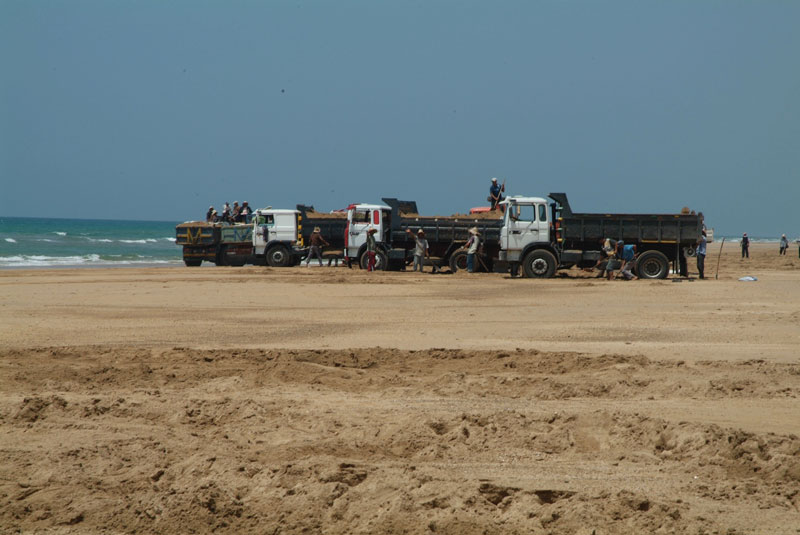 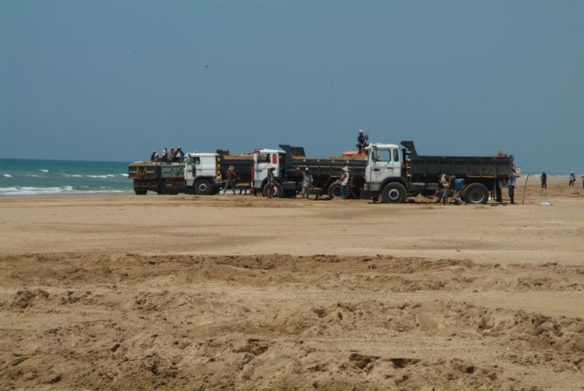 Beaches along Lakka, Tokeh, Lumley and Aberdeen, amongst others, face challenges from climate change to damaging human activities, including sand mining. Twenty-four hours a day, seven-days-a-week, truckloads of sand are being hauled from the beach into Freetown to satisfy the needs of construction companies and contractors.

Hundreds of tonnes of sand from the beaches is mined and sold to builders as construction material. The activity is technically illegal but laws, as is often the case, are not being implemented or enforced…

Sand-Mining Threatens Homes And Livelihoods In Sierra Leone, IRIN (02-27-2013)
Round-the-clock sand-mining on beaches within a few kilometres of Sierra Leone’s capital Freetown is having a devastating effect on the coastline, destroying property, and damaging the area’s hopes of a tourism revival…

How illegal sand mining in Sierra Leone is destroying the local beaches, The Ecologist (04-03-2013)