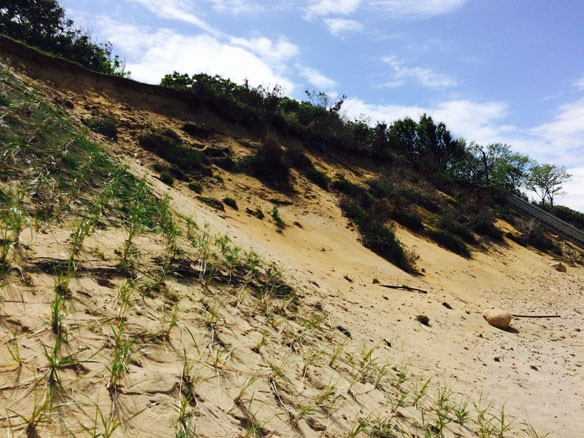 A $32 billion plan for a coastal barrier system to protect the Houston-Galveston region, including 14-foot-high dune fields is seen as the latest innovation designed for Texas to engineer its way out of an existential crisis: a coastline gradually vanishing and increasingly vulnerable to massive storm surges and sea level rise…

A softer approach, living shorelines as an alternative to a hardened coast; PortCity (05-12-2018)

Living Shorelines: Better Than Bulkheads, Coastal Review Online (02-08-2016)
More than 14,000 miles – 14 percent of continental U.S. coastline — has been armored with hardened structures. Hardened structures cause elevated rates of erosion on the shoreward side of the