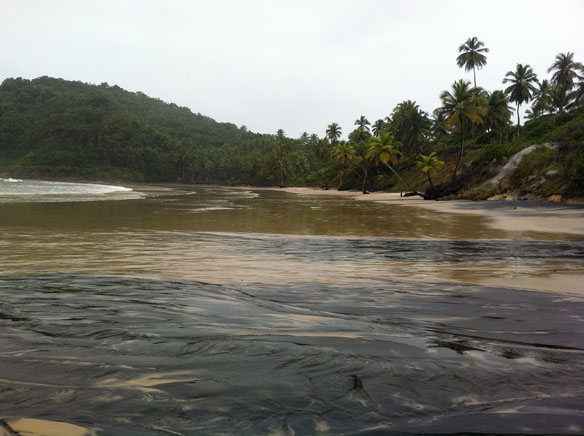 Crude oil has been washing up on the coast of the Brazilian northeast for over a month, leaving more than 150 of Brazil’s postcard-perfect beaches covered in thick, sludgy black patches.

The origin of the oil, found in nine Brazilian states along a 1,200-mile stretch of coastline, remains unknown. It is also along this coastline that olive ridley and loggerhead sea turtles come to make their nests and lay their eggs.