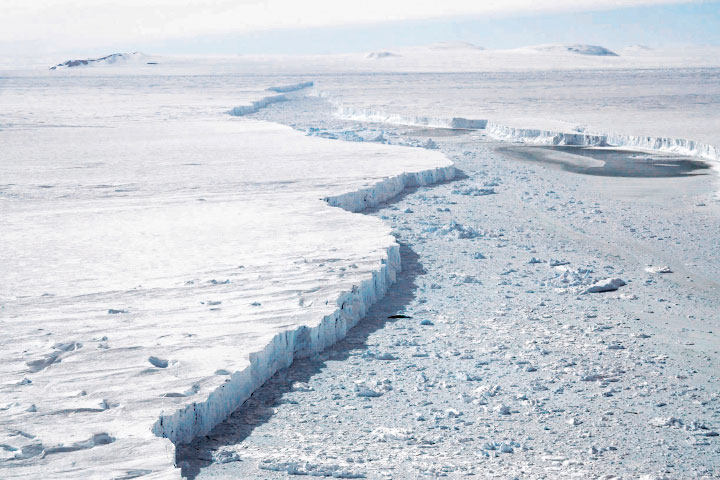 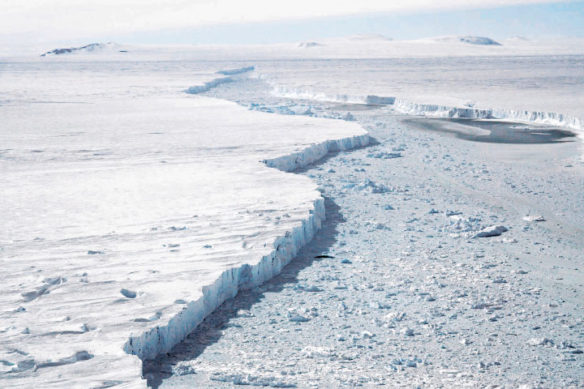 Pine Island Glacier in West Antarctica is known for dispensing icebergs into the Amundsen Sea, but the frequency of such events appears to be on the rise.Calving that used to happen about every six years has become a near-annual event. Captions and image source: NASA/Earth Observatory

On the ice-covered edge of a remote West Antarctic bay, the continent’s most imperiled glaciers threaten to redraw Earth’s coastlines.

Pine Island Glacier and its neighbor Thwaites Glacier are the gateway to a massive cache of frozen water, one that would raise global sea levels by four feet if it were all to spill into the sea. And that gateway is shattering before our eyes…

The New Video of One of the Scariest Places on Earth, The Atlantic (01-30-2020)
For the first time, scientists have a clear view of the line where the giant Thwaites Glacier is leaking water into the ocean…