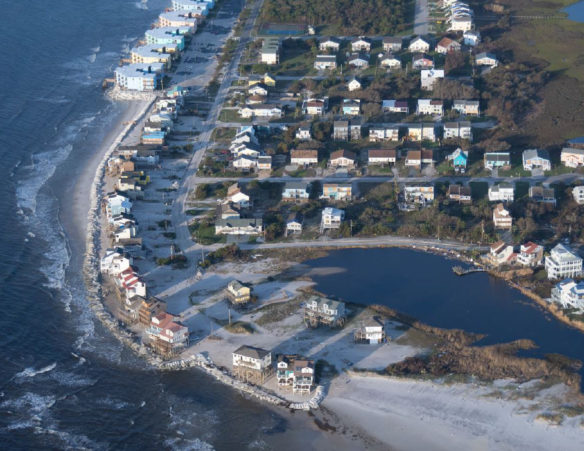 Photo courtesy of: “the Western Carolina University Program for the Study of Developed Shorelines

The idea — building an underwater barrier to slow down waves, and thus slow the flow of escaping sand — has coastal experts worried about disrupting the coastal flow of sand, nesting sea turtles and worsening water quality on the beach…

Sea rise along South Carolina coast accelerating faster than realized, researcher says; Post And Courier (02-01-2019)
Within 50 years, the sea off Charleston will be rising about one inch every five years — twice as fast as it was rising about a century ago and one-third faster than it was in 2000…

Robert Young: Seaward of Common Sense? SC Needs to Put an End to Building on the Beach, The State (02-11-2015)
South Carolina’s beautiful beaches are a vital component of this state’s economy. Managing them wisely is critical to the health of the economy and to ensuring that state and local tax dollars are not wasted on futile efforts to protect homes needlessly placed in areas of obvious high hazard…