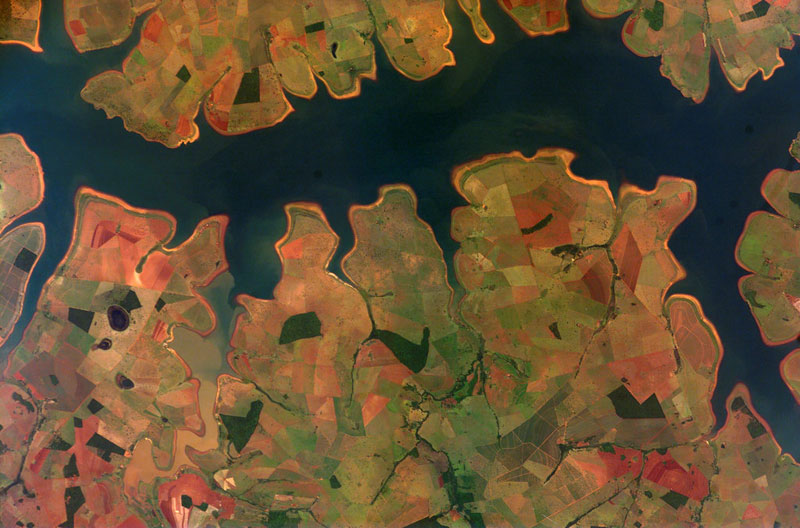 Global trade in soy has major implications for climate 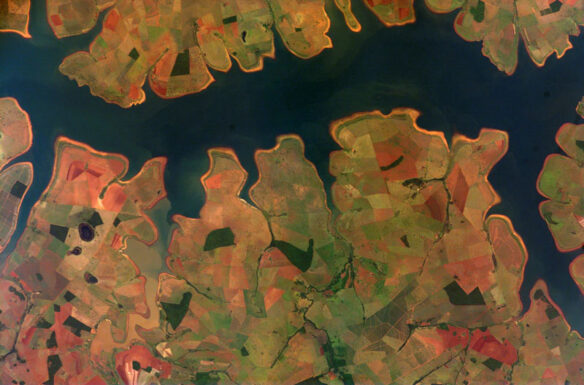 The image highlights agricultural fields of various kinds and in different stages of cultivation, near the confluence of the Rio Paranaiba and Rio Verde in Brazil, at the São Simão Reservoir. The major commodities include corn, soybeans, sesame seeds, sugarcane, beans, manioc, coffee, and meat. Caption and Image source: NASA /JSC

Global soy trade is a major source of greenhouse gas emissions for multiple reasons. The conversion of natural vegetation into arable land is probably the most important cause, since the latter generally binds considerably less CO2 than the original ecosystems. Greenhouse gases are also released during the harvesting of soybeans and processing into derived products, the subsequent transport to ports of export and shipment…

A Giant Brought to Its Knees: The Atlantic Coastal Forest, Brazil
The Atlantic Forest is a shadow of its former self. Originally covering more than 386,000 sq. miles along Brazil’s coast, extending into eastern Paraguay and northeastern Argentina. Today less than 7% of that cover remains, in the wake of centuries of forest clearing for agriculture and urban development, and fragmented by centuries of unsustainable use and logging…