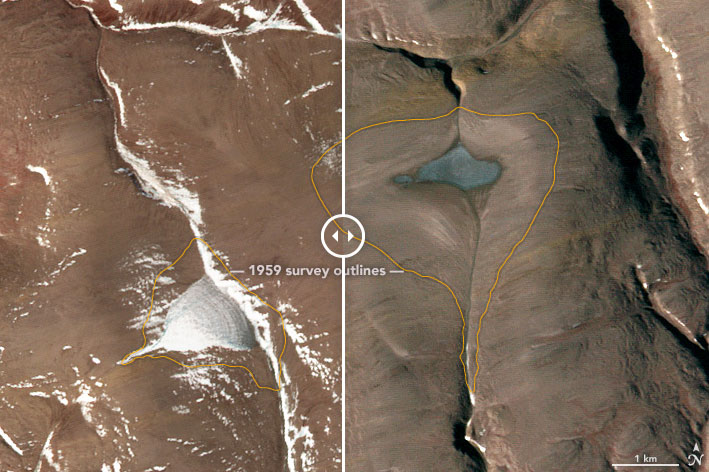 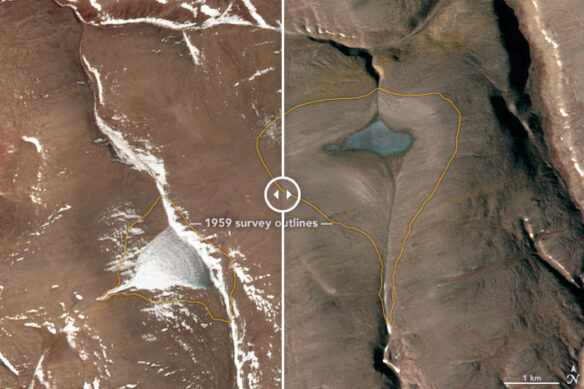 The dome-shaped glaciers, or ice caps, on Canada’s Hazen Plateau started to form about five thousand years ago. After several periods of growth and retreat over the millennia, these ice caps have become fragile and could disappear completely within a few decades… Captions and image source: NASA / Earth Observatory