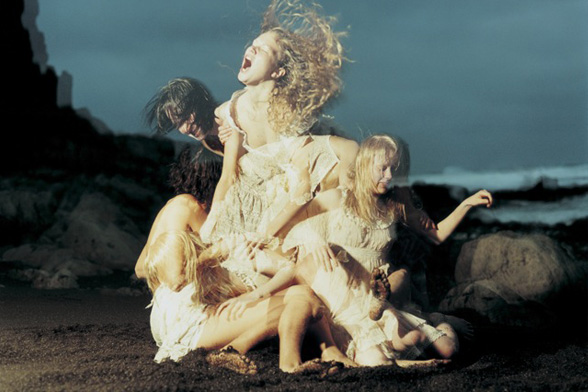 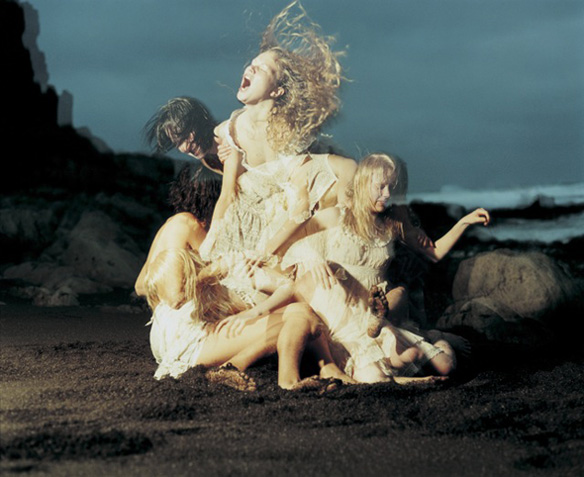 Icelandic filmmaker and photographer, Börkur Sigthorsson has inspired the visions behind Nikita, Nike, Honda and numerous celebrity and fashion shoots, all while nurturing his personal artistic pursuits. In January 2010, Börkur made his long-awaited debut in the contemporary art world with Blythe Projects | Los Angeles in association with the MOCA Contemporaries. In his uniquely energetic and poignant style, Börkur reveals the deeper emotional and psychic landscape of his subjects.

The Beach series was shot on Drangsnes, a remote peninsula on the West Fjords of Iceland. Leaving Reykjavik on a borrowed bus, Borkur and his team of ten arrived on location at 3am. Fatigue and weather conditions promptly found the bus lodged in a ditch and the team decided to catch a few hours of sleep. Waking to wind and snow, Borkur could only shoot in short bursts before the young women turned purple. A geothermal pool was a fortunate discovery as it kept the team warm during the frigid shoot.

A local farmer was another fortunate break, as Borkur still had the bus and the treacherous mountain roads to contend with. Retrieving his tractor, the farmer pulled the bus from ditch and hauled it over the mountain pass to a herring factory that moonlighted as an inn. However, in the process both vehicles were severely damaged. Borkur, his team, the farmer and the innkeeper made the best of the situation with mounds of pasta and wine.