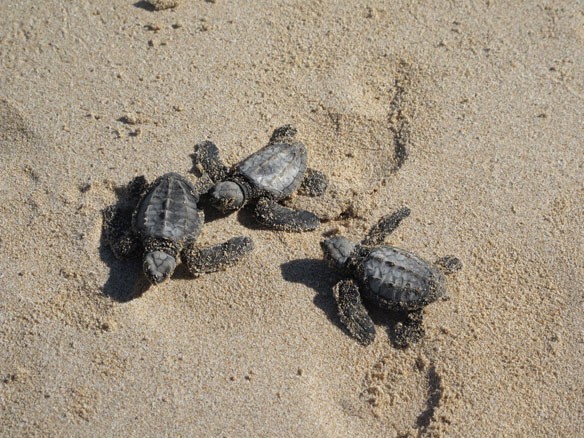 Baby sea turtles will now be allowed to hatch freely from coastal beach nests to return to the Gulf rather than being trucked as eggs to a distant warehouse for incubation and release far from the oil spill offshore, wildlife officials said Thursday…