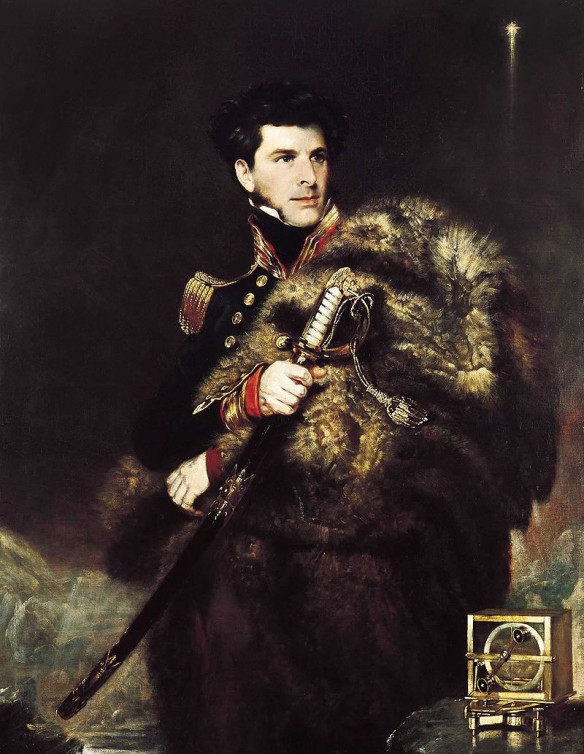 In 1839, distinguished naval officer and polar explorer James Clark Ross (1800–1862) set off on an expedition to the Southern Ocean with two ships, HMS Erebus and HMS Terror. In April 1842, he stopped at Port Louis, primarily to make magnetic field and other measurements, but also to make repairs to his ships which had been badly damaged in the Drake Passage. Having set up a winter base, he took the opportunity to make careful measurements of sea level relative to two benchmarks cut into the cliffs and marked with brass plaques.

These marks remain in good condition to this day…