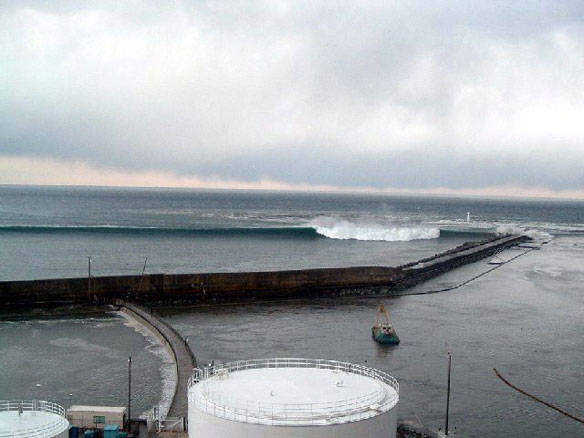 A ferocious tsunami spawned by one of the largest earthquakes on record slammed Japan’s eastern coast Friday, killing hundreds of people as it swept away ships, cars and homes while widespread fires burned out of control.

Hours later, the tsunami hit Hawaii but did not cause major damage. Warnings blanketed the Pacific, putting areas on alert as far away as South America, Canada, Alaska and the entire U.S. West coast. In northeastern Japan, the area around a nuclear power plant was evacuated after the reactor’s cooling system failed…

Japan Quake: Measuring the Damage With Dr. Michio Kaku
In this Video Interview, from ABC, Dr. Michio Kaku, a highly respected American physicist, quantifies the damage of the earthquake and tsunamis.

Japan deadly Tsunami, BBC Live Coverage
The quake was the fifth-largest in the world since 1900 and nearly 8,000 times stronger than the one which devastated Christchurch, New Zealand, last month, said scientists.

The Science Behind Japan deadly Earthquake

Human Ancestors Lived on Shaky Grounds
An international team of scientists has established a link between the shape of the landscape and the habitats preferred by our earliest ancestors. Our earliest ancestors preferred to settle in locations that have something in common with cities such as San Francisco, Naples and Istanbul: on active tectonic faults in areas that have an earthquake risk or volcanoes, or both.