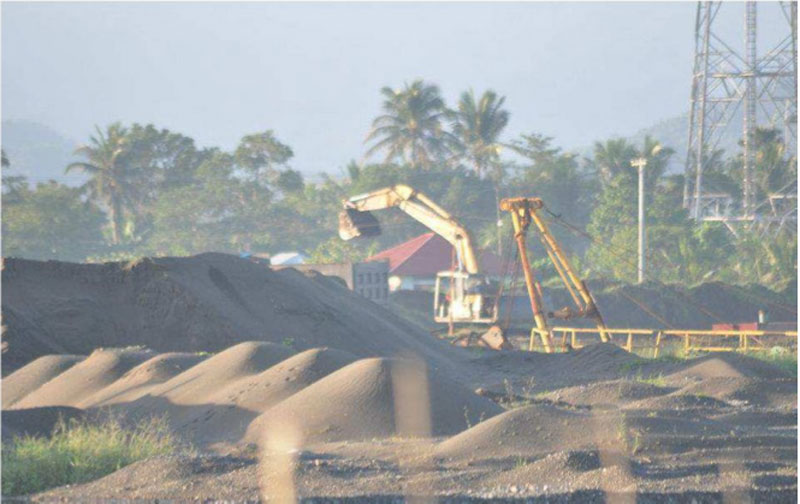 The black sand mining experience in Buguey, Cagayan caused DENR Secretary Lito Atienza to issue a cease-and-desist order (CDO) pursuant to Memorandum from DENR MGB Region II of February 2009 to miners who have been issued by the provincial government with a small-scale mining permit (SSMP). Operations continued and lasted until October 2011, Work Stoppage and CDO were again issued to Lutra, Inc., but until today, black sand mining continues in Buguey. 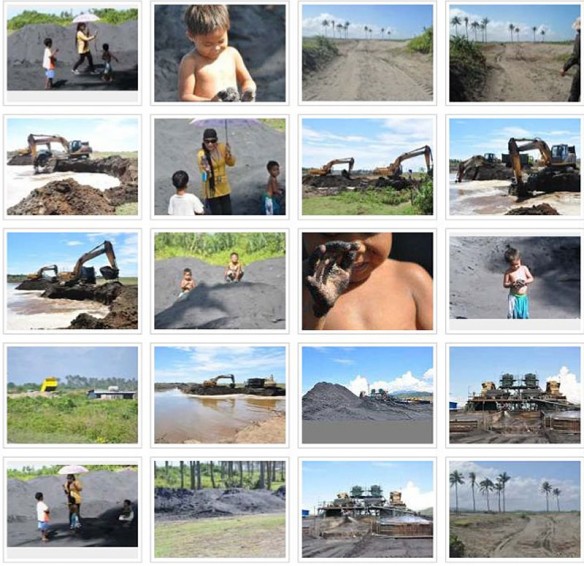 BLACK SAND MINING IN GONZAGA, CAGAYAN PROVINCE
In Gonzaga, despite a report by DENR itself dated April 29, 2011, that 2 black sand mining permittees are in violation of the law, as known to the complainants residing in the immediate vicinity of the operations, no CDO or stoppage orders have been served. 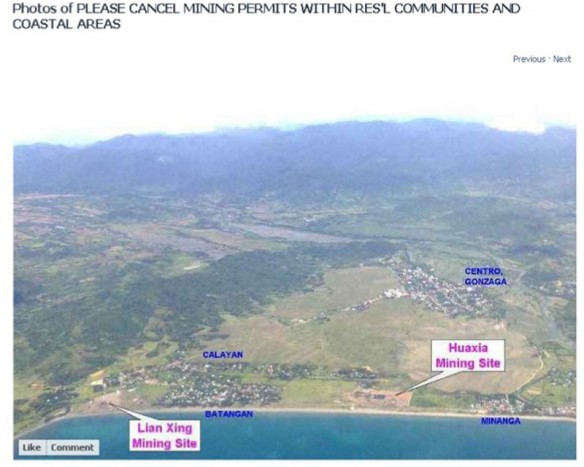 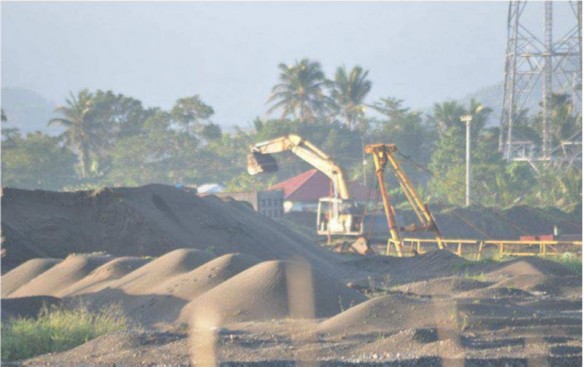 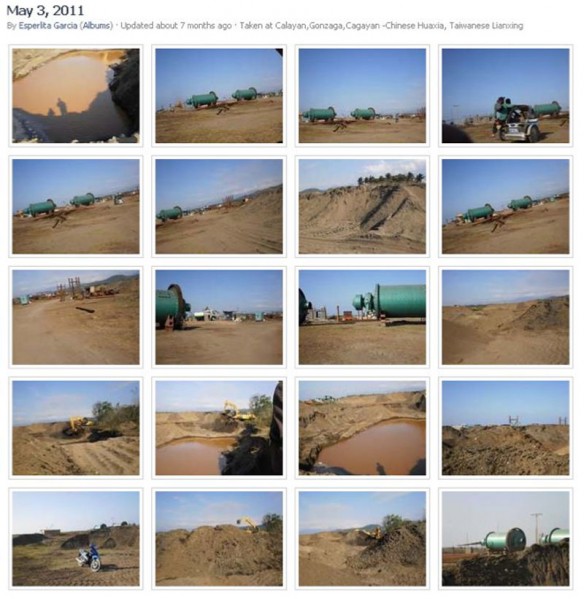 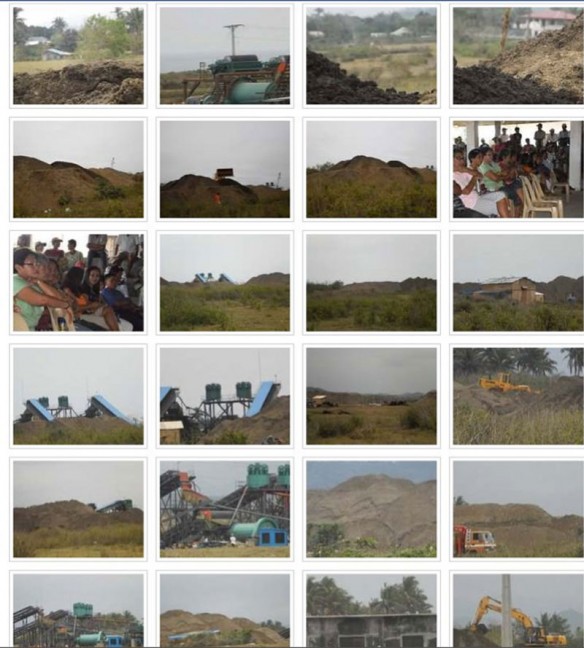 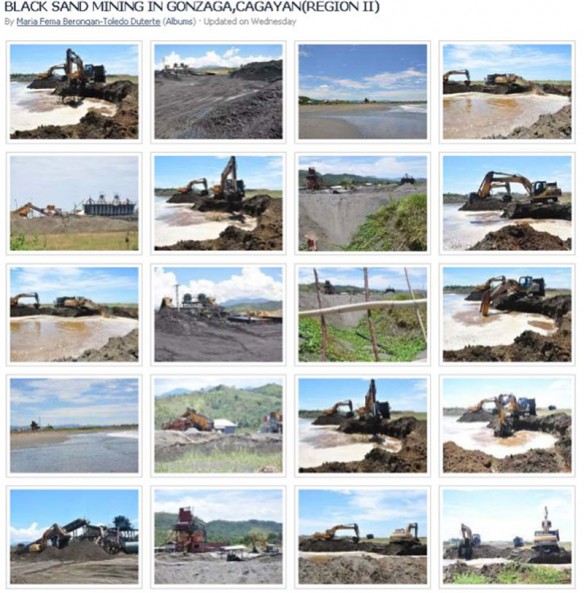 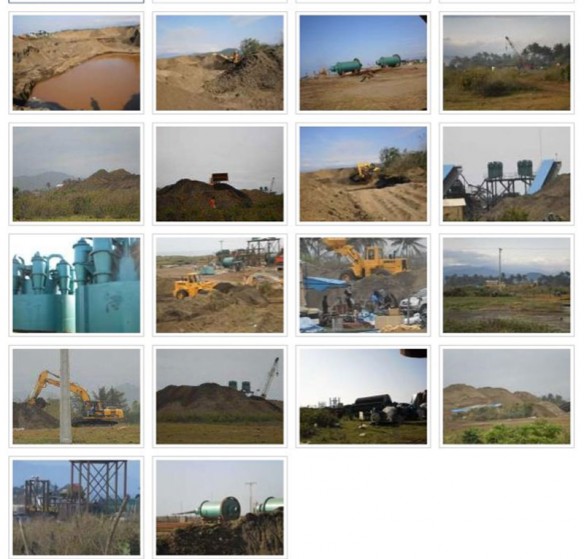 (b) The quarry site is within residential community that even houses are reached by high black sand piles;

(c) The quarry site is near the shorelines making possibility that the site would become a part of the China Sea for this was once under seawater washing away all the infra projects built on the area during the time of the then Mayor Epifanio Gaspar in the early part of 2005, hence quarrying at that area had been strictly prohibited on till 2010, but with the coming of the Huaxia, this has caused us grave fear for this would surely bury us all, here;

(d) The findings of the DENR Undersecretary for Field Operations should be the foremost consideration for they, themselves, who conducted the actual investigation consider the operation illegal; and
 History of the Plight of the Local Community in Gonzaga, Cagayan against Black Sand  Mining led by Ms. Esperlita Garcia, owner of Garcia Lodge, who has been subject of a  harassment case by the Municipal Mayor Pentecostes of Gonzaga, Cagayan for her  anti-black sand mining campaign since 2010.
    
(e) The full blast hauling of magnetite day in day out has scared, threatened, and has made the residents in the mining areas suffer tension which now confronted some of our barangay mates to sell their houses as evidenced from the houses marked “HOUSE AND LOT FOR SALE” within the mining community at the Chinese Huaxia Mining and Trading Company at the western part of barangay Calayan of which all of us feel so helpless and so sad knowing that the FOREIGN MINERS within our own residential communities prevail upon us, poor Filipino residents of our own titled lands; In the case of the Taiwanese Lianxing:
(a) They have taken much magnetite which maybe more or less 200,000 metric tons ever since their operation in 2006;
(b) Our residential community is so near the quarry site. We are so much affected but they seem to apply their foolishness forour Barangay Calayan which is so much affected by their operation of which we have never been benefited from their Social Development Fund as they have been giving to Barangay Batangan;
(c) The effects of the continuous magnetite mining operations in the areas will cause more serious degradation on our coastlines, the vulnerability of the coastal areas to flooding, and more severe pollution much more that there has been a big pipe  directed to the sea particularly from the Taiwanese Lianxing Stone Carving compound installed in the first week of May 2011;

There is wisdom in the prohibition under DENR Administrative Order No. 2010-21 to prohibit issuance of permits to, but DENR has not acted swiftly on those that have been previously given permits despite devastation these mining operations have caused.

The DENR blame the local government officials for issuing the permits, but does not the DENR have jurisdiction on this matter and can sanction or file cases against local officials who allow illegal operations such as these in Gonzaga, Cagayan?

“Ms. Esperlita Garcia of the Gonzaga Alliance for Environmental Protection and Preservation (GAEPP), an alliance member of Federation of Environmental Advocates of Cagayan (FEAC) and also member of the Board of Save Sierra Madre Network Alliance, Inc. was arrested due to a libel complaint by the town mayor based on her post in facebook narrating what transpired when the town mayor dispersed the anti-black sand mining rally organized by the local folks.” —Juergen Lorenz

“My Garcia Lodge business was ordered to be padlocked by our Mayor on May 16, 2011 although my Certificate of Authority expires on December 31, 2011, but when I showed to the Chief of Police and two other police officers my original copy of my BMBE CA, the good PNP apologized and advised me the need to meet the Mayor in his office the next day and so that was what I did. Unfortunately, I was penalized by the Mayor’s insistence that I pay my local annual revenues and get a Mayor’s Permit although it was not yet time for me to  mining activities 500 meters from the mean low tide level  going seaward and 200 meters from the mean low tide level going landward…

The following day, May 17, I met my the Mayor in his office to clear matters regarding his action for the closure of my lodging house but instead he confronted me on my anti mining advocacies; he brought out from his drawer, the printed copy of the DENR USEC Memo and interrogated me why I still needed to report the mining activities in our town to DENR Manila, so our argument/ dialogue on black sand mining issues lasted for more than 2 hours, with the presence of my husband. He stressed that the presence of the foreign mining companies including that of the Yinyi Mining Company operating in Santa Cruz, this municipality is VERY BENEFICIAL to the development of Gonzaga for the IRA is so meager to finance development projects he wants for our town;

He also told me that for him to be able to avenge of my actions against black sand mining, he needs to find ways for the closure of my business and if I do not apologize to him thru the FACEBOOK, he would file a libel case against me. Those words were so shocking to me. Our Mayor, Engr. Carlito F. Pentecostes, Jr as well as our Vice Mayor, Rene P. Salvanera, insisted that I needed to get a Mayor’s Permit to be able to continue the operation of my lodge. I reiterated that I am a registered BMBE (RA 9178) with CA expiring on December 31,2011 and that being aware that the BMBE is a national law, therefore the BMBE PREVAILS upon a local legislation and that local ordinances are deemed modified and amended accordingly as provided in DILG Memo 2003-172, but my argument was not considered by our Mayor and our Vice Mayor so I just obeyed their MANDATES; and On May 28,2011, a subpoena was served to me for a libel charge the Mayor filed against me at the Office of the Provincial Prosecutor in connection with my FB note, ”April 30,2011 Aborted Rally Against Black Sand Mining in Gonzaga, Cagayan”.
 This is plainly harassment for I have no unpaid financial obligation whatsoever in the LGU, Gonzaga. In fact I was even double taxed considering that my BMBE Certificate of Authority known as RA 9178 which I availed being the pioneer in this lodging business in Gonzaga which helps in promoting tourism development
EXPIRES ON DECEMBER 31, 2011.
On November 22, 2011 is so unforgettable for me for at around 9 am, a warrant of arrest was served to me by the PNP uniformed and armed Officers and advised me to proceed to the PNP Headquarters. I have been charged with a crime of alleged Violation of Municipal Tax Ordinance which I am fully aware I have no unpaid tax whatsoever and that although my BMBE Certificate of Authority still expires December 31, 2011, Gonzaga Mayor Carlito F. Pentecostes, insisted my renewal of my business permit on May 17, 2011 a day just after the aborted padlocking of my micro business establishment, GARCIA LODGE , thus on this same day, I paid P3,165.00 +P196.00 for another business permit valid until December 31,2011, thereby making me double taxed. The Mayor issued me Mayor’s Permit on May 18, 2011 for if I declined his insistence to renew my business permit, he said he would cause for the closure of my lodge as I have been fighting for the stoppage of mining within our residential and coastal communities. As advised by my Lawyer, I requested my 2 sisters to go by themselves to the MCTC in Gonzaga to request for a copy of the Resolution for my Motion for Reconsideration I caused to be filed on November 2, 2011, but my sister called me that my said motion was denied, so I then rushed to the PNP Headquarters/ Office for documentation as needed and posted my cash bail bond at the MCTC so as to be issued an Undertaking Instrument and an ORDER OF RELEASE, but the prepared docus needed the signature of the Hon. Judge DOMINGO B. QUILANG, III, who was in the MCTC of Sta Ana, hence we rushed to where the Judge was for if we could not secure his signature I have to be in the custody of the PNP until such time that he signs the 2 docus.
At first, he manifested his reluctance to sign said docus. With Sister Minie of SAC of Sta. Ana at my side and my elder sister Elena, a retired MCTCourt Stenographer together with my younger sister Violy waiting outside the court room, Judge Quilang finally signed the said docus. Although my greeting and my thanking him were not at all responded even just simply a nod, I felt relieved, however, I contend that I HAVE NO CRIMINAL CASE WHATSOEVER and that I HAVE NO UNPAID FINANCIAL OBLIGATION AT THE LGU OF Gonzaga, Cagayan being manned by pro mining POLITICIANS.” —Esperlita Garcia. 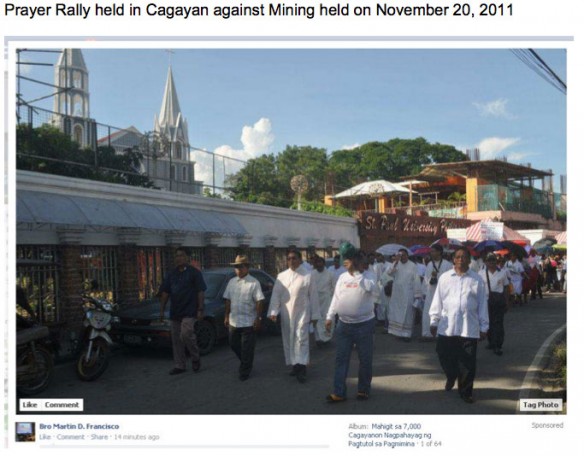 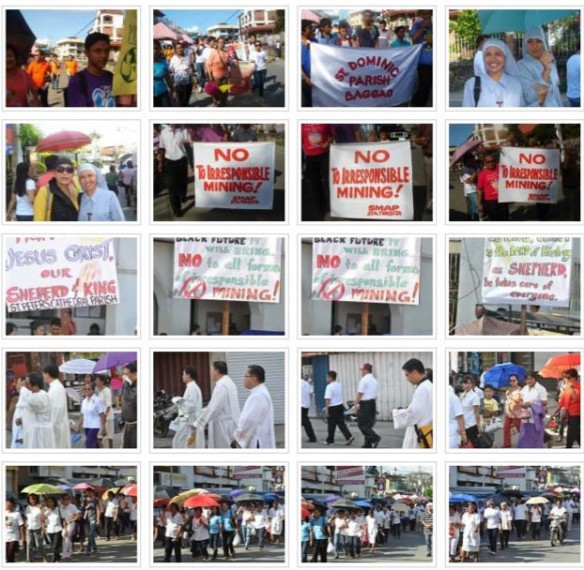 “Ms. Esperlita Garcia of the Gonzaga Alliance for Environmental Protection and Preservation (GAEPP), an alliance member of Federation of Environmental Advocates of Cagayan (FEAC) and also member of the Board of Save Sierra Madre Network Alliance, Inc. was arrested due to a libel complaint by the town mayor based on her post in facebook narrating what transpired when the town mayor dispersed the anti-black sand mining rally organized by the local folks.” —Juergen Lorenz