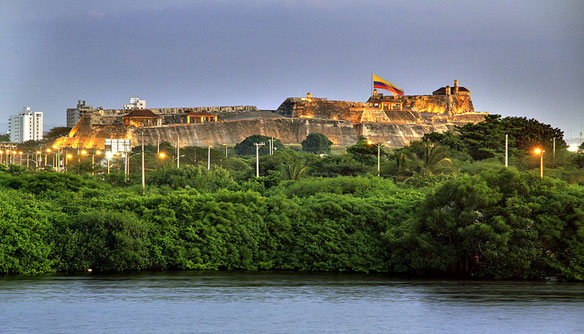 San Felipe de Barajas’s fortress in Cartagena, Colombia. “Capital of the northern province of Bolívar, Cartagena is home to nearly one million people in an area of 709 square kilometres. It has a 48.7-kilometre coastline on the Caribbean Sea and its economy is based on the chemical industry, trade, free zones and especially tourism.” Photo source: ©© Martin St-Amant

An ambitious programme of infrastructure works to overcome the risks of climate change in Cartagena de Indias, a city on the Caribbean coast in northern Colombia, has generated controversy, with authorities predicting benefits while parts of the affected population voice criticisms.

Plans for adapting to climate change in Cartagena were first outlined back in 2004, and continue to advance in spite of the voices raised in protest. While the authorities applaud the plans, many local people have their doubts…